As Orillia gets ready to celebrate Christmas in June, there's a void rippling throughout the community following the recent death of resident Chris Bellchambers.

"We really lost a family member, so it makes it a tough, quiet Christmas," said Allan Lafontaine, Chamber of Commerce executive director.

Setup up for the event, hosted by the Chamber of Commerce, most likely would have included Bellchambers, who was known to be an avid volunteer.

"His enthusiasm was infectious. Everything I did as an event he was basically involved in. That spilled over to all the events in the community," said Doug Bunker, Chamber of Commerce events coordinator.

Bellchambers died on Saturday after falling into the water at Couchiching Beach Park. He was 42. 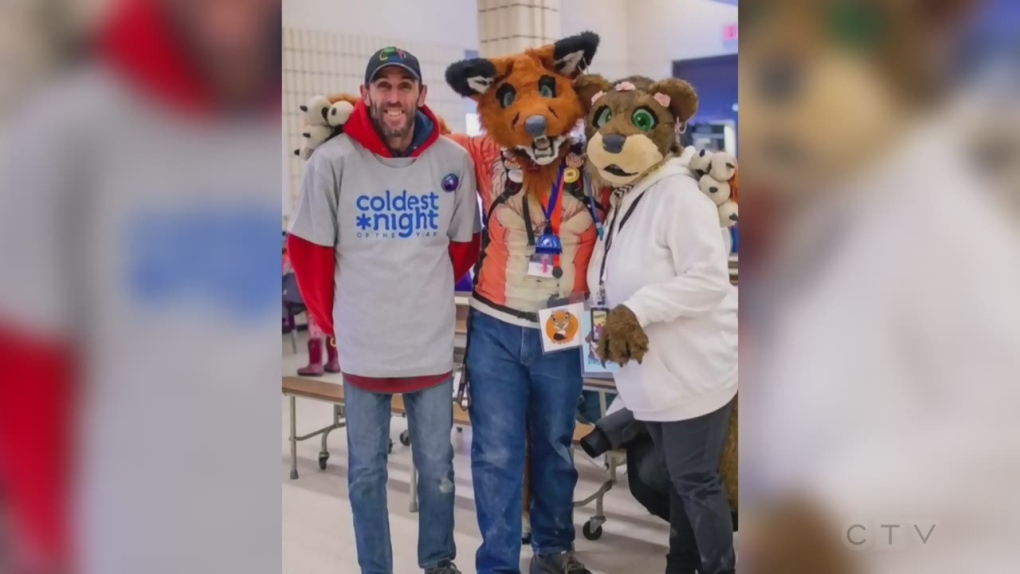 Flags can be seen flying at half-mast around the city while reflective vests line the downtown in his honour.

"He always wore an orange jacket, so he was identifiable, and we convinced him of that because he was always on his bike," Bunker said.

In 2013, Bellchambers received the Order of Orillia in recognition of his years of service.

A petition now circulates town to rename the award after him.

"He was the epitome of a volunteer in our community. He was there for everything. He never came out for recognition and didn't come out for pay," said Linda Goodall, Lighthouse executive director. "He just came out because he wanted to help people, and it brought him joy."

It was that joy many say sparked a sense of community spirit in those who knew him.

"It's a wonderful community, but I would say it's a little less wonderful than it was with Chris in it. He just did so many things and set a great example for everybody else," Orillia Mayor Steve Clarke said.

The City of Orillia said it's planning something to honour his memory which may incorporate something embracing his love for Lego.

Health Minister Jean-Yves Duclos insists the federal government is going to 'work flexibly' with the provinces on the terms of a possible health-care funding deal and avoid 'micromanaging' how they deliver health care to Canadians.