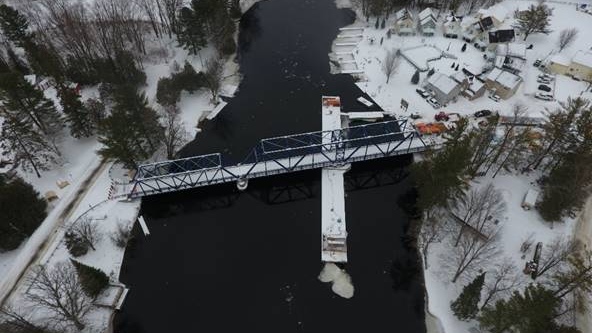 BARRIE -- After months of setbacks, the new Hamlet swing bridge on the Severn River is open to traffic.

The $13 million project ran into delays in the fall when it was initially scheduled to open.

The bridge will have an upgraded capacity for service and accommodate emergency vehicles.

The Hamlet swing bridge connects the townships of Severn and Gravenhurst.

Parks Canada said to expect closures at times during the spring for testing with the finishing touches to be completed over the next few months.