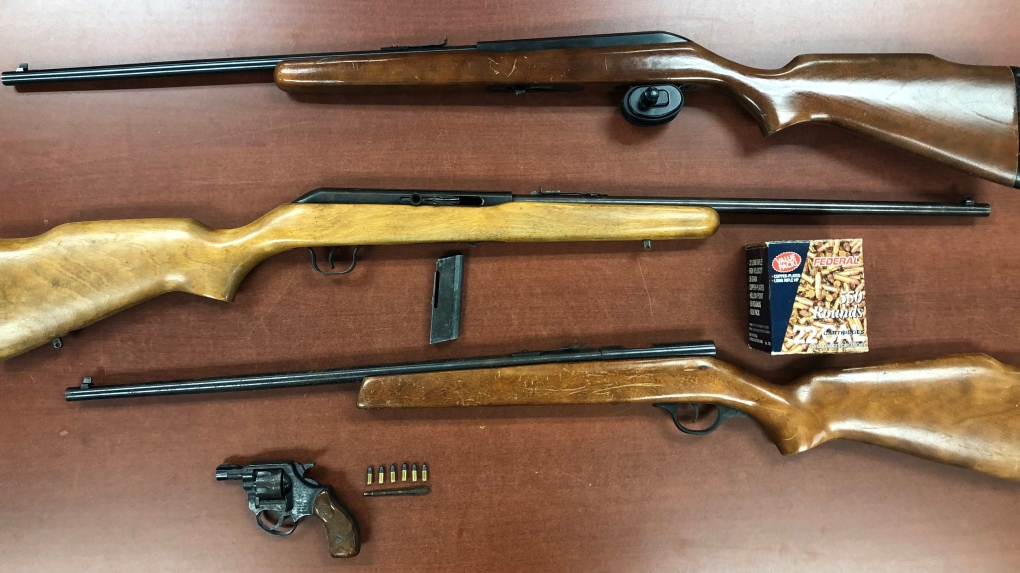 Three men, ranging in age from 27 to 55, all from Tiny Township, face multiple charges, including having illegal loaded weapons.

A 24-year-old Midland man is charged with possessing a scheduled substance.

All of the accused were held in police custody. They are scheduled to appear in a Midland court at a later date.