Growers brace for the start of Ontario's severe weather season

THE BLUE MOUNTAINS, ONT. -- Mother Nature is Tom Ferri's business partner, so he keeps a close eye on the weather in his apple orchard.

Frost is a threat at this time of year, but when warmer weather arrives, so does the severe weather season.

Ferri says a thunderstorm caused extensive damage at his orchard last fall. "Four days from finishing our harvest, a tornado came through with large damaging hail [and] wrecked the rest of the crop and also knocked down a quarter acre of our orchard," says the T and K Orchards owner.

It was the second tornado to hit Ferri's farm. An EF-2 tornado caused widespread damage in August 2009. 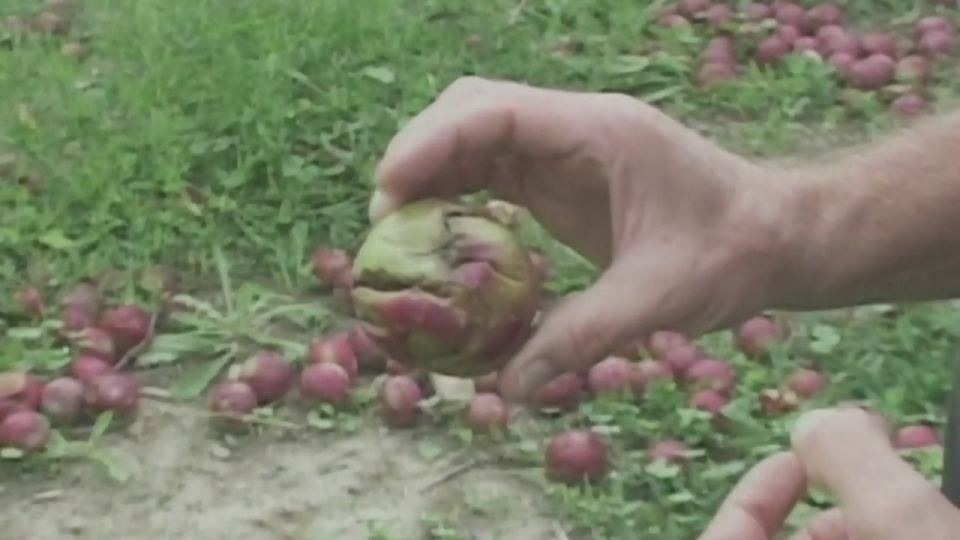 On average, dozen of tornados wreak havoc across Ontario during the severe weather season, which begins in mid-April and continues into October.

Environment Canada's severe weather meteorologist Geoff Coulson says some thunderstorms have sprung up already this spring, "but nothing severe at this point in time. But as we get into the the month of May, that could change."

The most powerful tornadoes ever recorded in Ontario occurred on May 31, 1985, when an EF-4 ripped through the City of Barrie and another through the community of Grand Valley. Thunderstorms generated 13 tornadoes that same day. 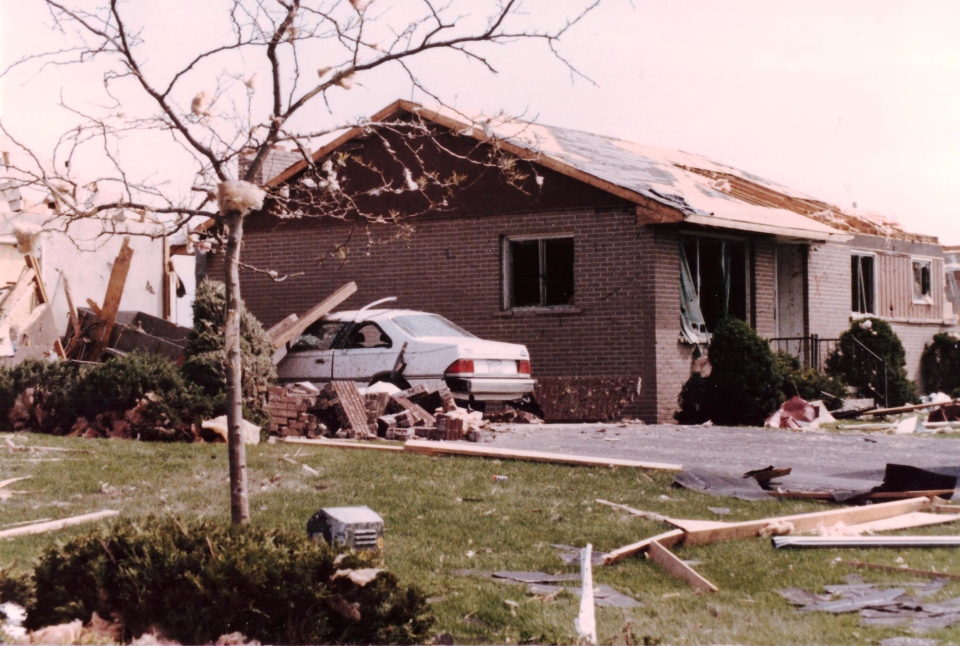 Coulson says all thunderstorms should be considered dangerous. "Lightning can really ruin your day. Any thunderstorm, if you see them in the forecast and you hear that rumble off in the distance, that's when you put the lightning safety rule into play. Basically, when thunder roars, go indoors," he adds.

"In farming, you are at the weather's mercy, you can stand on your head, but there's nothing you can do," he says.

Environment Canada says lightning can strike far beyond a thunderstorm, storm, so it's important to take shelter and stay there up to 30 mins after the last thunderous roar.