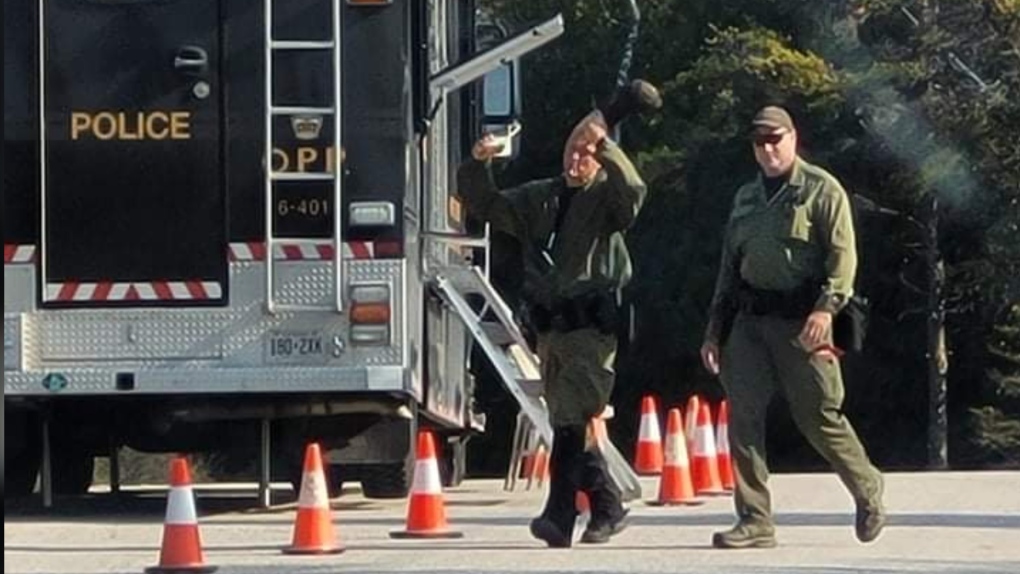 Provincial police charged a Shelburne, Ont., man with murder after officers found a woman's body in a wooded area in Northern Bruce Peninsula.

According to Grey Bruce OPP, officers launched the investigation after discovering the body near Scugog Lane Sunday afternoon.

The following day, police say a 32-year-old man was arrested and charged with first-degree murder.

Police took the accused into custody. He has a court appearance scheduled in Owen Sound on Oct. 22.

The OPP has not disclosed how the victim died or whether she knew the accused but did state investigators believe this to be an isolated incident.

"There is no concern for public safety," OPP added.

The investigation is ongoing. Police ask anyone with information to contact the OPP or leave an anonymous tip with Crime Stoppers.