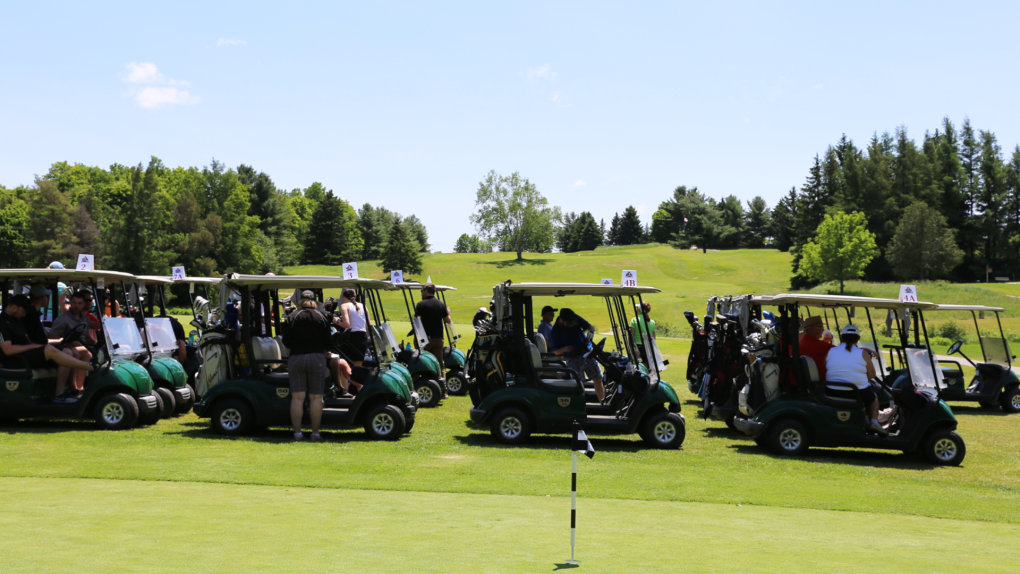 Hitting the links on August 21 for the sixth annual BR Memorial Golf Tournament may or may not help you with your golf game, but it will help raise money for the Brain Aneurysm Foundation of Canada.

Over the past six years, the tournament has raised over $15,000 for local charities, including MADD, the Barrie Food Bank, the Canadian Mental Health Association and All Sports for All People.

Tournament organizer Rob Readman said he started the tournament as a homage to his father, Bruce Readman (BR), after being killed while out for his nightly walk in 2014 when he was struck and killed by an impaired driver.

For Readman, this year's tournament is particularly bittersweet. Ruth Readman, Rob's mom, died suddenly in January 2020 of a brain aneurysm.

Readman decided this year to raise money for the Brain Aneurysm Foundation of Canada.

"It's great to give back to the community," he says. "When you're dealing with grief, it kind of gives you that satisfaction that mom and dad are looking down on you and seeing that you're bringing some good to the world."

More information about the tournament at the Shanty Bay Golf Club in Oro-Medonte is available here.

NEW | 'We've had patients die waiting for a bed': Vancouver Island doctors frustrated with the unvaccinated

An emergency room doctor in Victoria says patients who are not vaccinated against COVID-19 are causing unnecessary delays and even deaths in the health-care system.