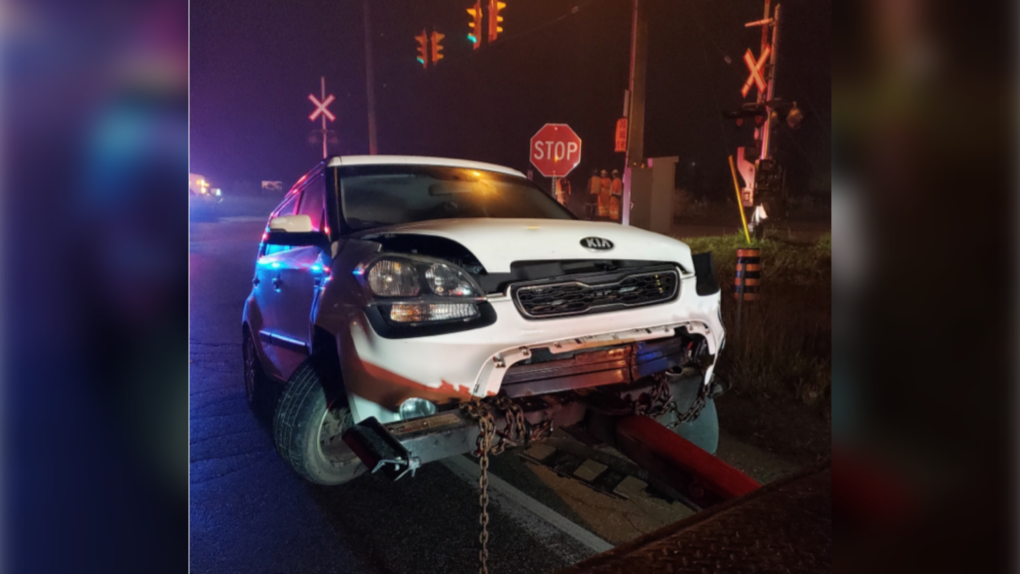 BARRIE, ONT. -- Police are appealing for witnesses after a GO Train struck an abandoned vehicle in Innisfil.

According to South Simcoe Police, someone called officers overnight on Friday to report that an unoccupied SUV was left parked on the tracks at the 20th Sideroad and Innisfil Beach Road.

They say that moments later, the train crashed into the vehicle.

There was minor damage done to the train, and police say no one was hurt.