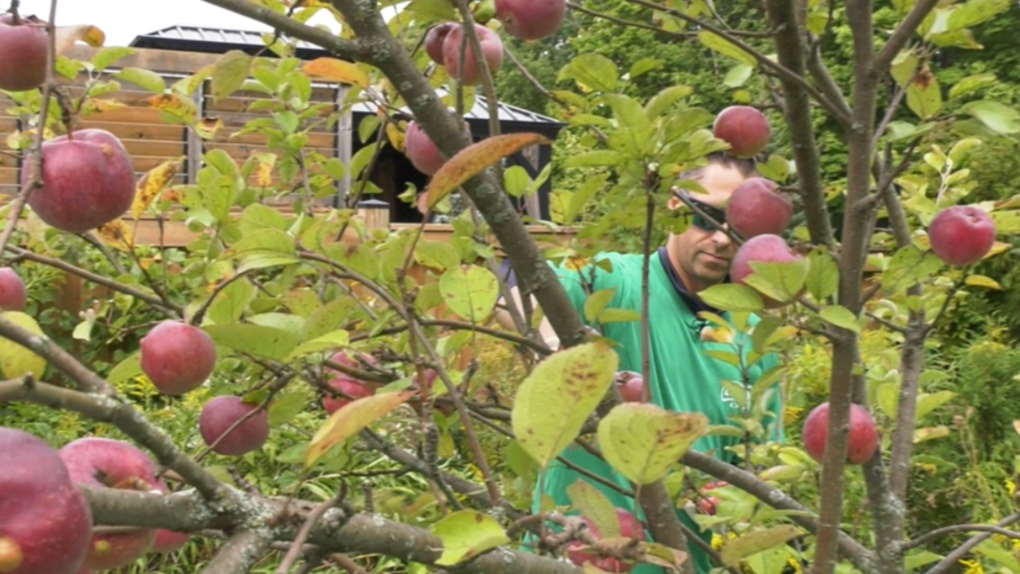 FruitShare has a mob of volunteers plucking fruit from a backyard near you.

As part of the Living Green Barrie initiative, households with fruit trees laden with surplus fruit have called in volunteers from BIMBO Canada to help with the annual harvest of Barrie’s fruit trees.

The fruit – and any fruit delivered on Saturday to the Lampman Lane Community Centre between 10 a.m. and 2 p.m. – will also join the HarvestShare event run by Living Green.

Pelan and crew will collect seeds from fruits and vegetables as part of a City of Barrie seed-saving initiative.

Living Green will also take fruit that is “a little suspect” and offer that up as fodder for farm animals.

“We’ve got an antique cider press, so you can press the apples from the trees in your backyard,” Pelan said.

“We’re trying to bring back a lot of the skills that people have lost.”

Yet, she says Living Green also has one foot planted firmly in the future.

“The whole crux of our organization is if there’s anything green in Barrie, we’re involved,” Pelan said.

Accordingly, it is playing host to one leg of the Great Electric Vehicle Rally, winding its way up from Nova Scotia, through New Brunswick, Quebec and into Barrie before it ends its 3,000-kms journey in Ottawa on Friday.

Thursday afternoon’s meet-up at 3:45 p.m. at Heritage Park will showcase the teams’ interest in proving they can do long-distance road trips using electric charging stations across eastern Canada.

“Maybe N.B. does not have as many charging stations as Ontario and Quebec, but it’s doable,” said Stephane Pascalon, organizer of the electric vehicle car rally.

Living Green Barrie is accepting a grant of an as-yet undisclosed amount from the Trillium Foundation this week.