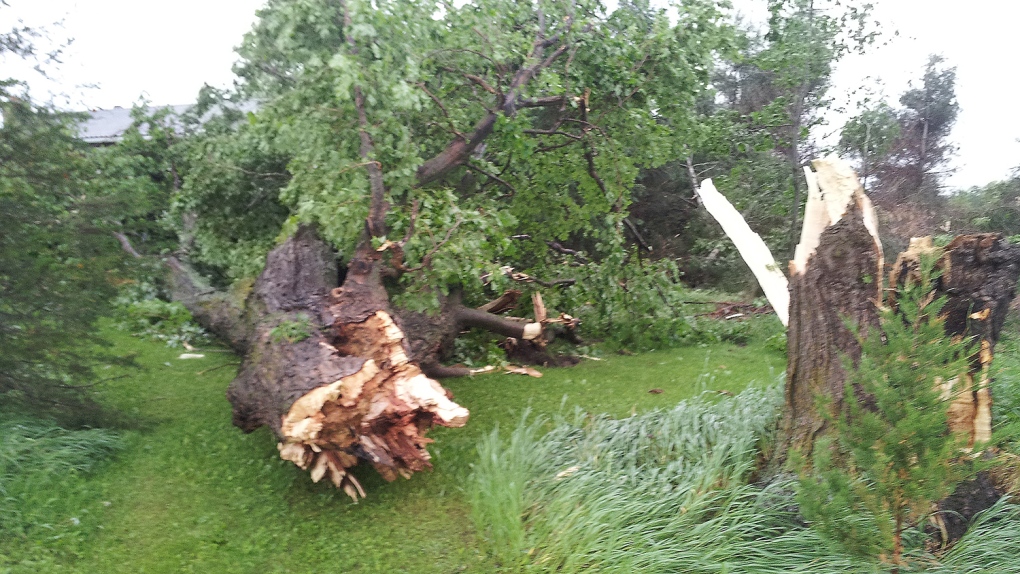 Utopia resident Joshua Dent shares his story of the moment the tornado touched down in Angus, Ont. June 17, 2014.

"I got home from work around 4:40 p.m. when my family was just discussing that we should bring our dog to the clinic.

I had heard about all the warnings and watches through the CTV Barrie Facebook page so I was keeping watch on the sky (my worst fear is tornadoes so I get paranoid a lot of the time). We got into Angus through County Road 90 around 5:02 p.m. Now I didn't know what animal clinic we were going to and neither did my mom so we drove past it. We ended up stopping at the Mac's Esso gas station to turn around when all of a sudden my dog had put her paws on the dashboard looking in front of us." 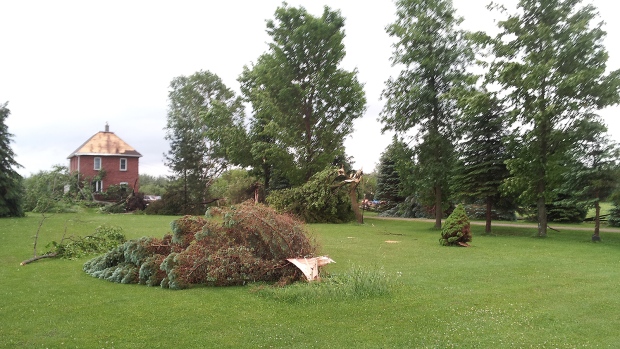 "I looked up at the sky and it was a dark blue color like any normal rainstorm, however I noticed that one of the rain clouds was moving too fast for it to be just a rain cloud. I took a quick second to look carefully and noticed a small funnel on the ground over where Base Borden starts.

I said to my mom, 'Oh my god mom that's a tornado!' She thought I was just being paranoid until we turned around and the car started to shake due to all the wind. She looked out the rearview mirror and saw the tornado cross the road and said to me, 'Oh my god you're right it is a tornado! What do we do?'

I turn to her and say, 'You park the car and get indoors right away.'" 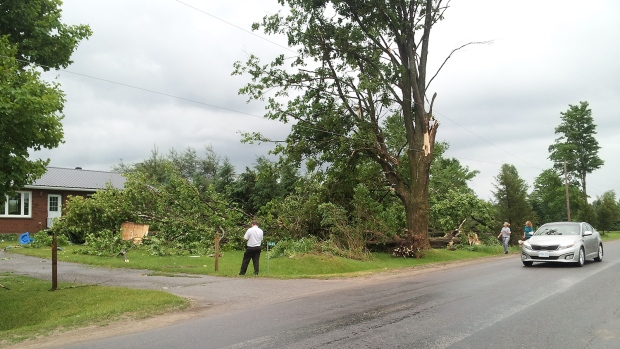 "I told her to get inside first and I would follow because we still had the dog in the car and I didn't want her to run out of the car. Because we were so close, the wind and rain was so fierce that the tornado seemed silent by comparison. Couldn't see in front of our face hardly. My first thought was getting my mom to safety, I was second.

We ended up taking shelter in a building beside the animal clinic with a couple other people. First thing I did when I got inside was call home to warn the rest of the family. Took a couple tries since I couldn't get a signal. Once I did I got a hold of my grandmother and said, 'I know how much this might pain you but you have to get into the basement or somewhere safe because there is a tornado headed your way.'" 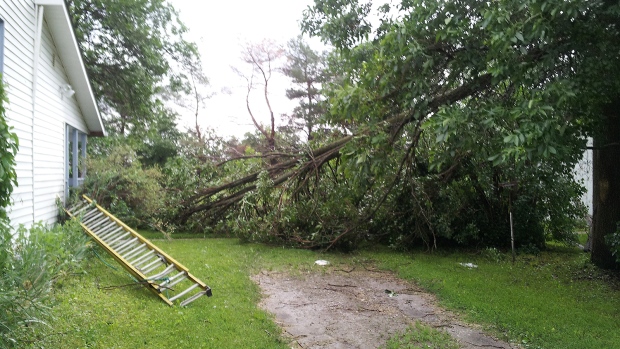 "While on the phone with me she did this swirling motion with her finger to my dad and he checked outside and saw the sky completely black with horizontal rain, ran back inside, and said 'Guys we need to take cover now!'

While my mom and I were hiding in the store after I called home, around 5:30 p.m., I got a call back from my sister saying they were all okay and that we lost some of our trees. We live on the 6th line and was right in its path." 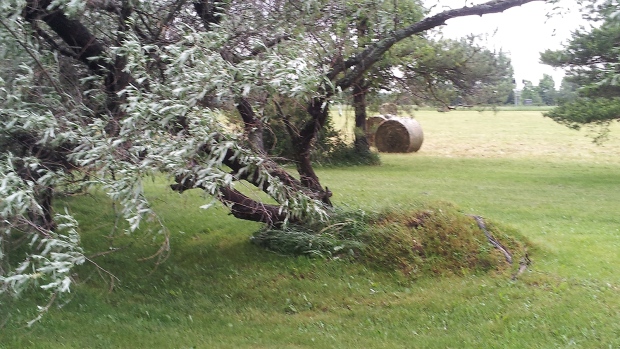 "I'm happy to be alive and I certainly appreciate things a bit more now than I did before. I was only a couple blocks away from the tornado and had I not seen the clinic out of the corner of my eye we would have drove right in front of it and most likely would have died.

The tornado seemed quiet compared to the wind, if it was night time it may have caught people coming home from work or even worse people sleeping in their beds. I hope I never get to experience this terrifying experience again.

--
Note: Do you have a story to tell and pictures to share? Email BarrieNews@CTV.ca.