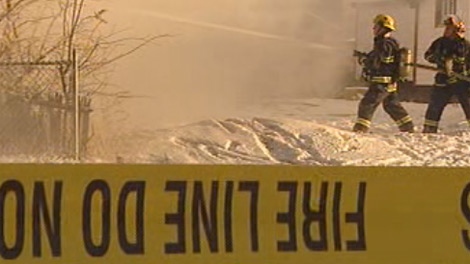 A fire has destroyed a barn on a farm north of Lisle Friday afternoon.

It happened just before 5 p.m. on Line 4 of Adjala-Tosorontio. Fire officials say the barn was fully involved when they arrived and is now a total loss.

Adjala-Tosorontio says they had to shuttle in water from CFB Borden to put out the blaze and they called in for mutual aid from neighbouring departments.

The owner was using the barn to store hay and equipment. There were no injuries to any people, firefighters or livestock.

There is no word on what caused the fire.