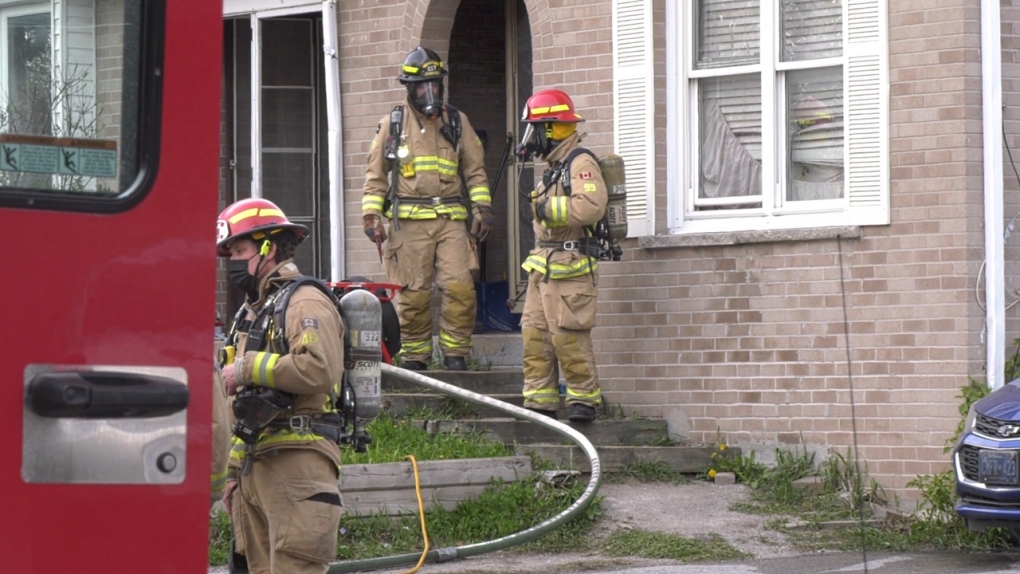 BARRIE, ONT. -- Fire crews in Barrie responded to a house fire near the campus of Georgian College Thursday evening.

Officials responded to calls of a fire on Bernick Drive, near Duckworth Street and Grove Street East, shortly before 7 p.m.

The fire is believed to have started on the exterior of the home before it extended to one side of the duplex, which is housed by college students.

According to Deputy Fire Chief Carrie Clarke, the other half of the duplex is home to a family. Everyone managed to get out of the house safely.

The residents were displaced for the night as there was smoke and water damage inside.

The exact cause of the fire remains under investigation. Crews estimate the damage to be between $50,000 and $100,000.