Family puppy dead after house fire in Lake of Bays

Family puppy dead after house fire in Lake of Bays 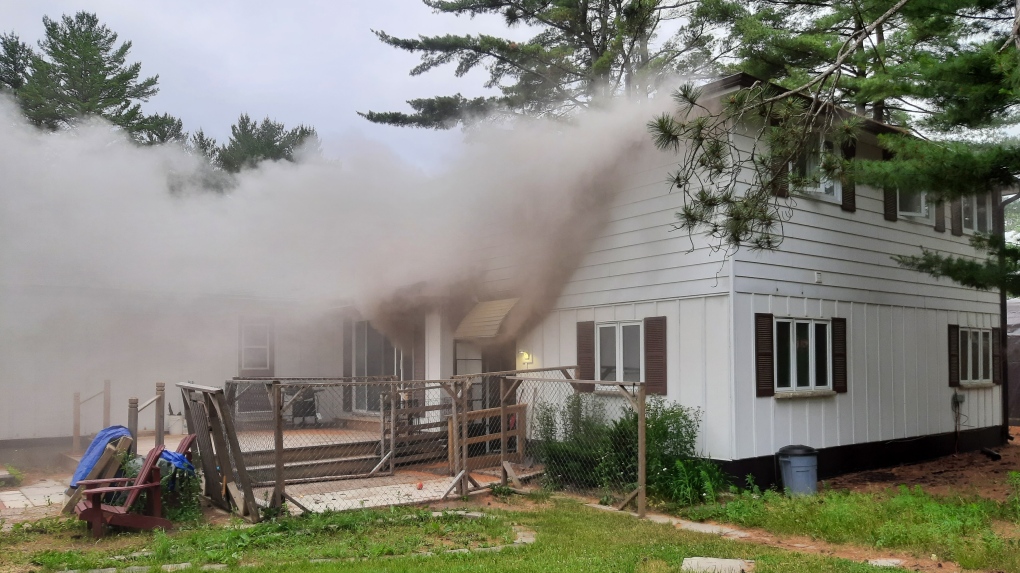 Fire crews from Lake of Bays and Huntsville responded to the call of a house fire on Highway 35 and Sale Road (Supplied).

A family dog has died after a house fire in the Lake of Bays Township Monday afternoon.

Lake of Bays and Huntsville fire departments were called in around 12:50 p.m. after reports of a house fire on Highway 35, near Sale Road.

The call came in from someone at a neighbouring business attempting to put out the blaze with a garden hose.

Upon arrival, fire crews saw heavy smoke from the house and began working to put out the flames in the kitchen.

Lake of bays fire said a passerby tried letting 2 family dogs out of the home, but 1 puppy died.

A fire ripped through a packed church during morning services in Egypt's capital on Sunday, killing at least 41 worshippers and injuring 14.