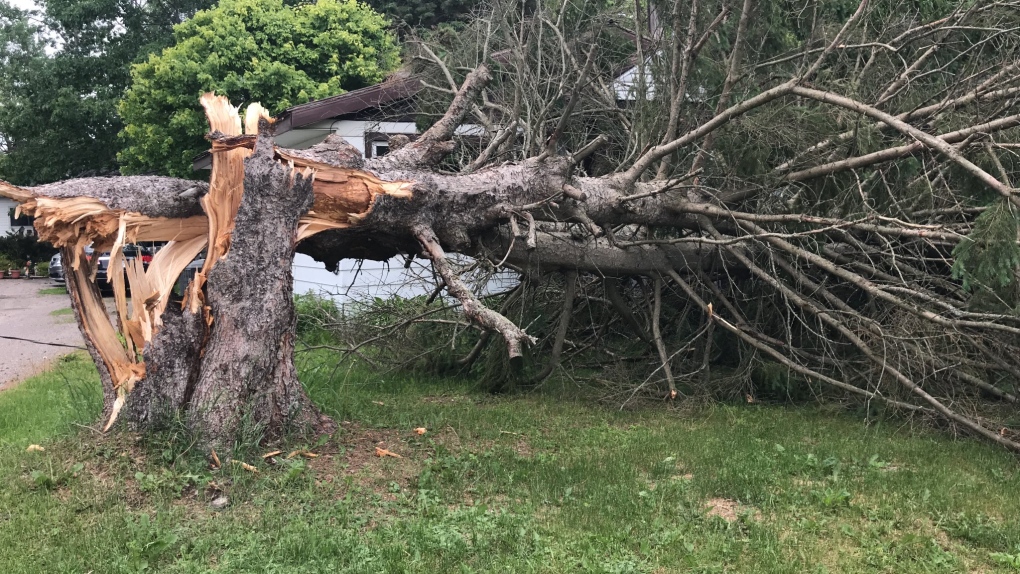 BARRIE, ONT. -- COVID-19 has changed how many conduct business, including Environment Canada.

Kimball says that although the 'landscape' of tornado investigation has changed, it remains efficient, thanks to assistance from the University of Western Ontario.

"The Northern Tornado Project is a group from the University that investigates suspected tornado damaged sites and conducts an investigation," adds Kimball.

Related Articles: Another powerful storm leaves behind trail of damage

The University maps out the damage, conducts interviews from witnesses, collects amateur imagery and surveys the area with its own drone video.

This material is then forwarded to Environment Canada for officials to review as they consult satellite imagery. Kimball says the work conducted by the Northern Tornado Project is invaluable.

As for Environment Canada altering its policy and resuming on-site investigations, Kimball says it would probably take a major disaster for a change in policy.

"But who knows, I don't know how things will evolve."

Much can be said about the unpredictability of the COVID virus too.