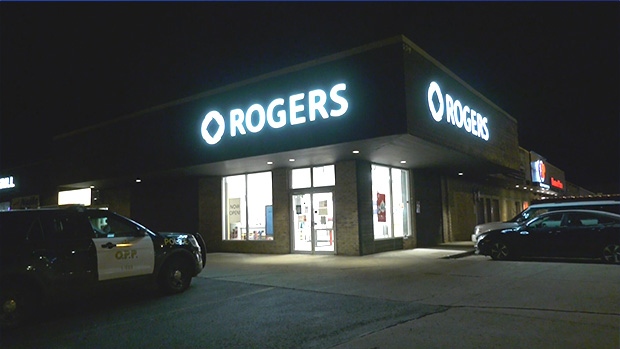 BARRIE, ONT. -- Provincial police are investigating a robbery at the Rogers Mobility store in Alliston after two men allegedly forced their way inside and tied up three employees before ransacking the place on Young Street Monday evening.

Police say several mobile devices were taken by the two suspects, who are described as six feet tall with slim builds.

Police say they left the store in a silver-coloured Toyota minivan, which was later seen travelling east on Highway 89.

They say the van evaded police and was found abandoned in Toronto by officers.

The suspects are still on the loose.

Police ask anyone with information to contact the OPP or leave an anonymous tip with Crime Stoppers.