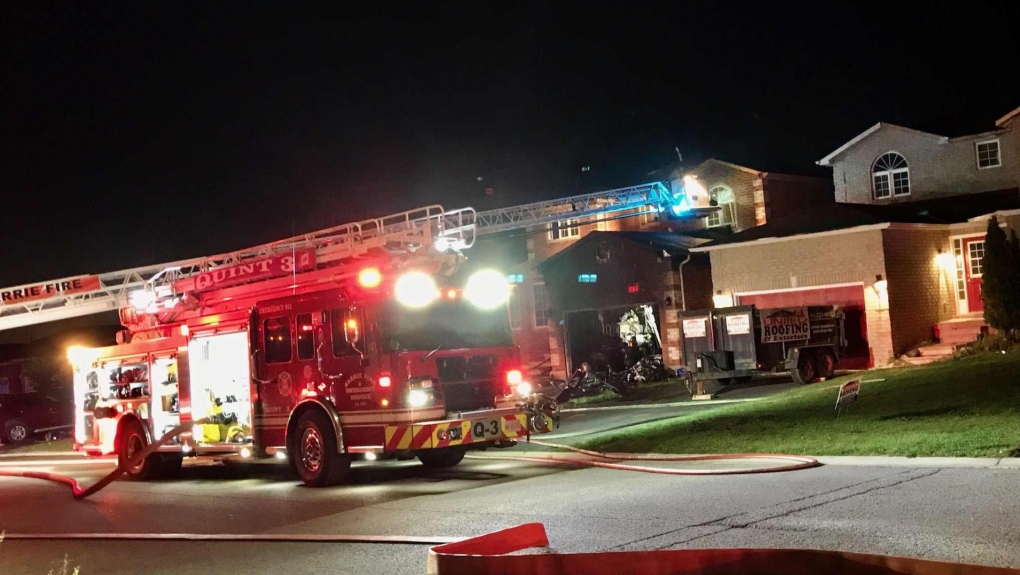 Emergency crews on scene of a fire at a home on Sun King Crescent in Barrie on Sat. Sept. 18, 2021 (David Sullivan/CTV News Barrie)
BARRIE, ONT. -

Emergency crews are on the scene of a fire at a home in Barrie's south end.

Fire crews first responded to calls shortly before 7:45 p.m. Saturday of an incident at a home on Sun King Crescent. A concerned neighbour was the first to alert emergency responders.

According to Barrie Fire, it was contained to the garage of the home. Nearby residences were inspected but no other damage was found.

Paramedics tell CTV News that no injuries have been reported. According to Barrie Fire, it is believed nobody was home at the time of the incident.