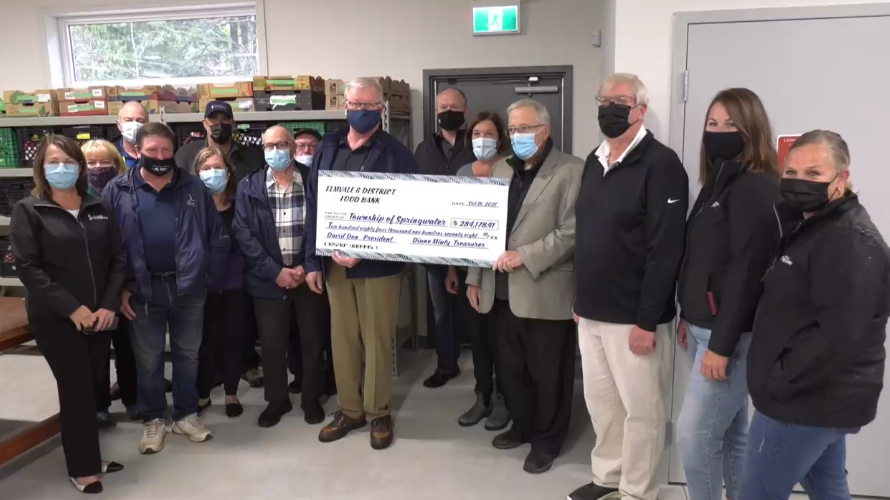 As of Saturday, the Elmvale and District Food Bank building has a new name.

The building has been named the Michael Stone Building after the food bank's first president, who was instrumental in founding the charity to help those in need 40 years ago.

While the food bank moved into its new home a year ago, it still had to pay off a ten-year debt to the Town of Springwater.

With continuous support through donations from the community, the food bank paid off the debt in a fraction of that time.

"When we signed the lease and said it was going to take ten years to pay it off, I thought 'that's a lot of money,'" says David Don, president of the Board of Directors of the Elmvale and District Food Bank. "But to do it in one year has just been fantastic. The generosity of the community has been outstanding," he says.

The Elmvale Food Bank currently has 60 volunteers who help 35 families each month.