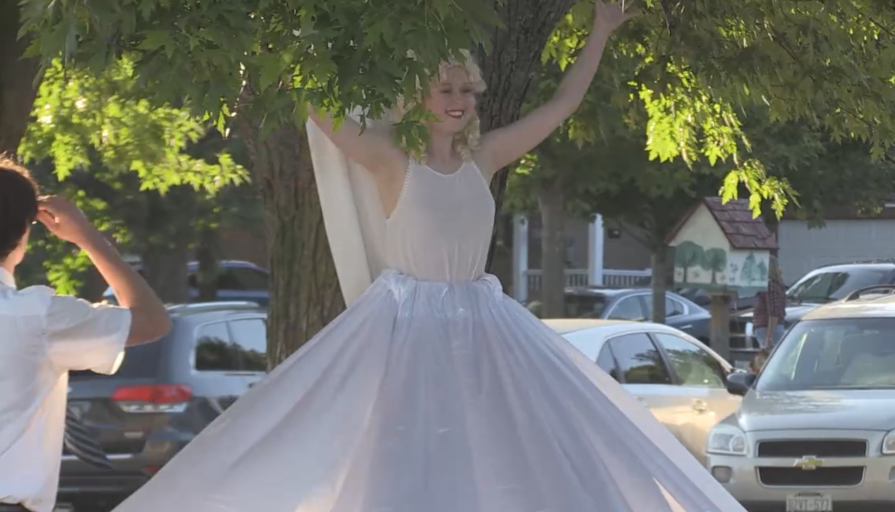 Dress rehearsals were underway in Barrie on Tues. July 12, 2022 for the return of the Dusk Dancers three-day festival later this week (Amanda Hicks/CTV News Barrie).

Members of Barrie's dance community will be out for the return of a three-day festival that promises to light up Lampman Lane Park.

After pandemic-forced pauses, Dusk Dances Barrie is set to return this week. Led by the Simcoe County Contemporary Dancers, the family-friendly festival is returning to the park with performances by both professional and recreational dancers.

"It's a sight-specific dance festival," says Chrissy Baxter, the dance group's executive director. "So when you come, there is a theatrical host who will tour you around the park where you'll get to see a variety of different dance pieces that are performed in a lot of different styles."

This year the group got a $25,000 provincial grant which is geared towards community-based and community-building events. Baxter says that since it started in 2017, the event has always been held at Lampman Lane Park to provide additional community programming in that area of the city.

"We are very specific in our choice of where we wanted to have this event in Barrie, and we chose Lampman Lane Park, which is just such a beautiful park with all the green space and the splash pad and everything," says Baxter. "And also the neighbourhood that is around here. We really wanted to serve Barrie as a whole but also this community in particular where there's not a lot of programming in particular at this park."

Ahead of the performances, free dance workshops will feature lessons in the Caribbean-African dance style.

Baxter says the festival is meant for every age in the family.

"We hope that even more people come out and participate, and it really becomes a staple in the community," says Baxter. "It's the only festival in Barrie that is totally all about dance, so it is very exciting!"