Duo arrested in connection with violent robbery in Barrie 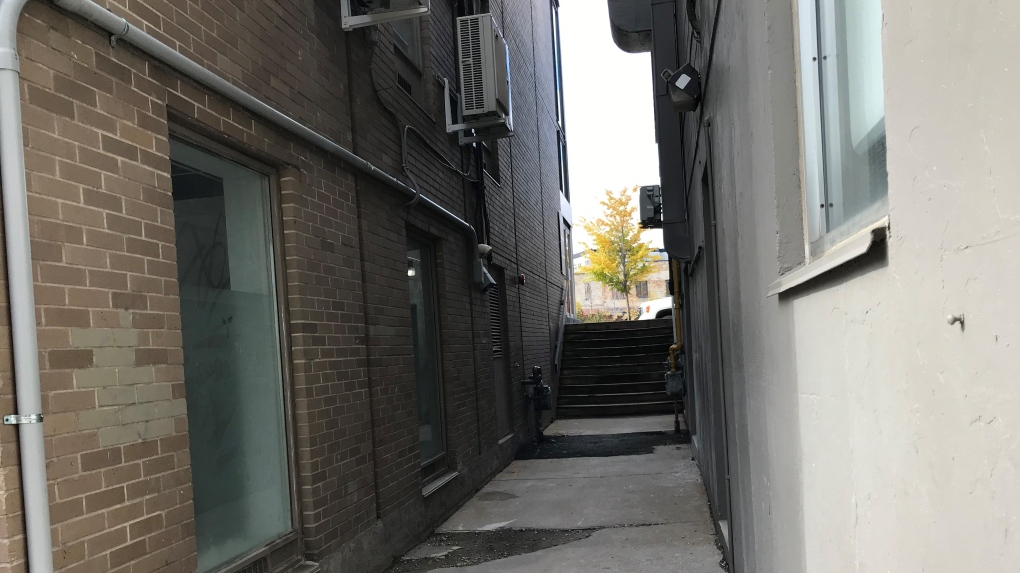 Barrie police investigate an assault and robbery that alleged took place in an alley near Dunlop Street East and Bayfield Street, off the edge of Meridian Place. on Fri., Oct. 16, 2020. (Siobhan Morris/CTV News)

BARRIE, ONT. -- Police arrested two people accused of a violent robbery in downtown Barrie that sent a woman to the hospital with a head injury.

Police say the victim was attacked in an alley near Dunlop Street East and Bayfield Street on Friday night by two suspects carrying an airsoft gun.

The victim told police that a man and woman assaulted her with a edged weapon and stole her purse and with a bag of newly purchased items.

Police say tips from the public led them to arrest a 29-year-old woman and a 31-year-old man, both of no fixed address, at an east-end Barrie home.

The pair face a total of 18 charges.