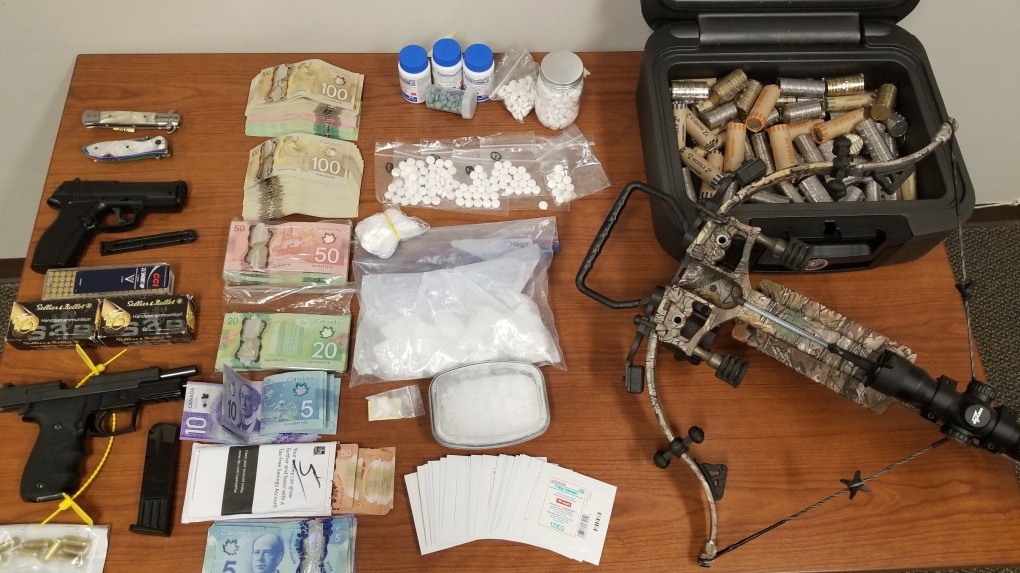 Police display cash, drugs, weapons and ammunition allegedly seized during a search of a Bracebridge home on Wednesday, April 29, 2020. (OPP)

BARRIE -- Two Bracebridge residents have been charged with multiple drug and weapons offences following an investigation by provincial police.

During a search of a Bracebridge house on Wednesday, police say officers seized drugs with a total estimated street value of up to $77-thousand, including cocaine, oxycodone pills and Fentanyl patches.

They also say over $30-thousand in cash was found, along with a loaded gun, illegal knives, ammunition, a crossbow and an ATV, which was reported stolen on April 20.

The two accused, a 45-year-old man and 32-year-old woman, were arrested in a Tim Hortons parking lot on Depot Drive.