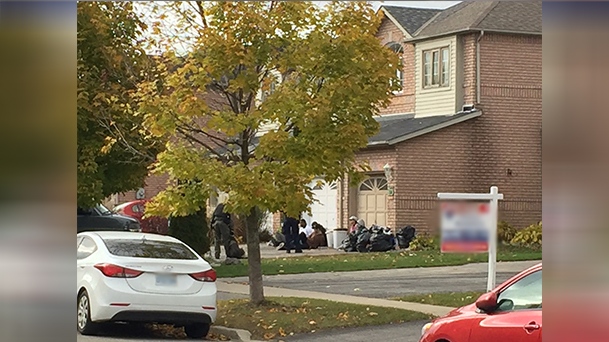 More than a dozen people are facing 20 drug-related charges following a police investigation in Barrie.

The Barrie Police Street Drug Unit executed a search warrant on Thursday around 2 p.m. at a home on Montserrand Street which resulted in the arrest of 11 people.

Police say they seized cocaine, money and a purplish-coloured substance believed to be purple heroin in the raid.

Another search was executed in the overnight hours at a house on Hart Drive that ended with four more arrests, including a juvenile, and more drugs seized.