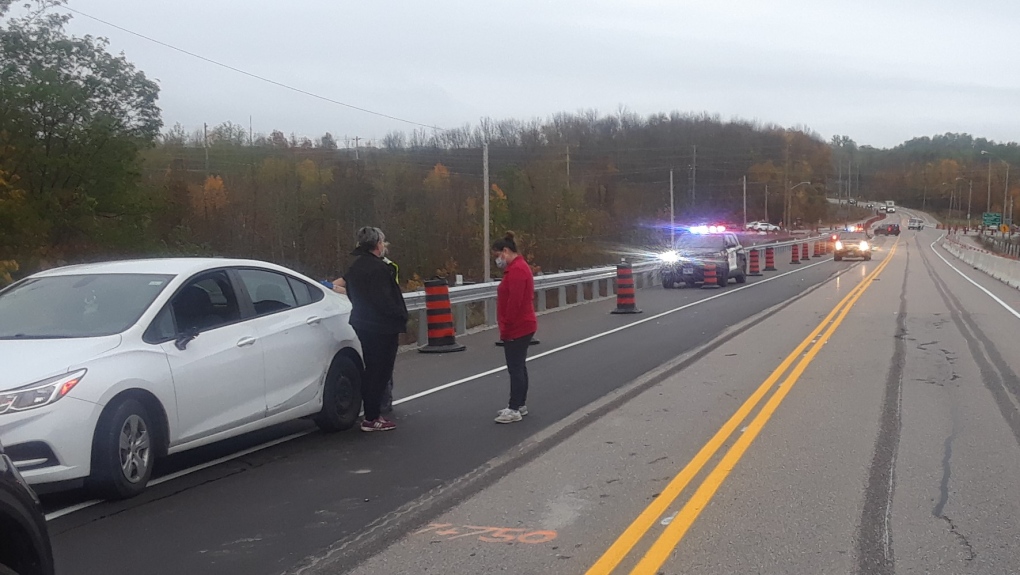 Police are looking for a suspect accused of driving erratically along Highway 12 and leaving the scene of a collision Thursday morning in Midland.

Southern Georgian Bay OPP reports an officer spotted the car weaving in and out of traffic eastbound shortly after 8 a.m. along the highway near Jones Road.

The officer followed with lights flashing and sirens blasting, but police say the driver refused to stop.

Police called off the pursuit for public safety and started a search of the area for the suspect vehicle.

They say it was involved in a collision with another car at Highway 12 and Triple Bay Road, but police say once again the driver didn't stop.

They say the suspect's vehicle has a spare tire on the front right wheel and damage to the front end and passenger side.

Investigators would like to speak with anyone who may have information on this incident, specifically the identity of the driver.