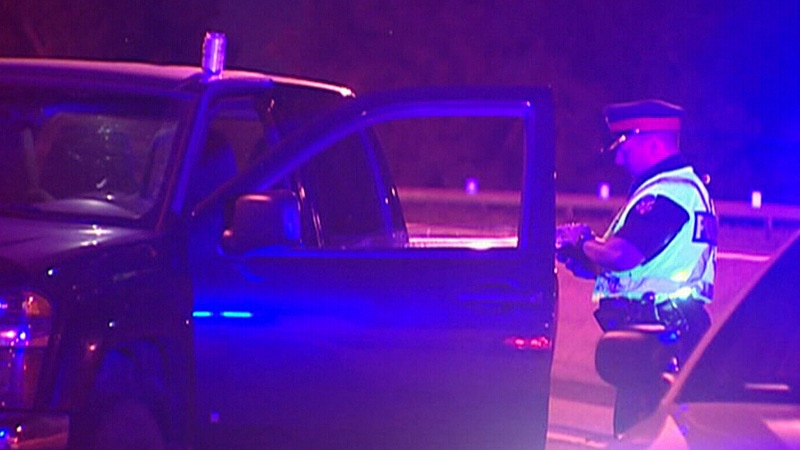 A police officer takes part in a check stop in this file photo.

Police say the passing vehicle mounted a curb and slammed into two hydro poles, severing one pole and causing live wires to come into contact and spark.

Police say the driver ran from the vehicle when it came to a stop.

They say officers found the accused posing as a passenger in a pickup truck near the crash site and placed him under arrest.

The accused had his licence immediately suspended for 90 days, and the vehicle was towed away to be impounded for seven days.