Driver, passenger seriously injured in crash in The Blue Mountains 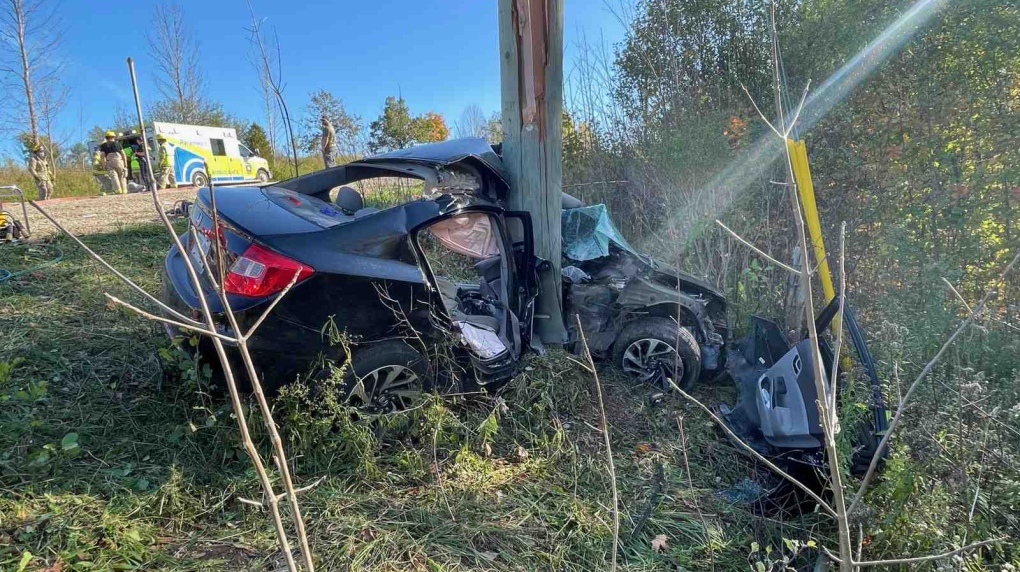 Emergency crews had to extricate two people from a car that veered off the roadway and wrapped around a hydro pole in The Town of the Blue Mountains Tuesday.

The crash happened on Grey Road 2 near 9th and 12th sideroads.

Paramedics rushed the man and woman to Collingwood General and Marine Hospital in serious condition.

Fire Chief Steve Conn says the woman, who was a passenger in the vehicle, was then airlifted via air Ornge to St. Michael's Hospital in Toronto.

Provincial police are investigating what caused the single-vehicle crash.