Driver 'lucky to be alive' after crashing into hydro pole 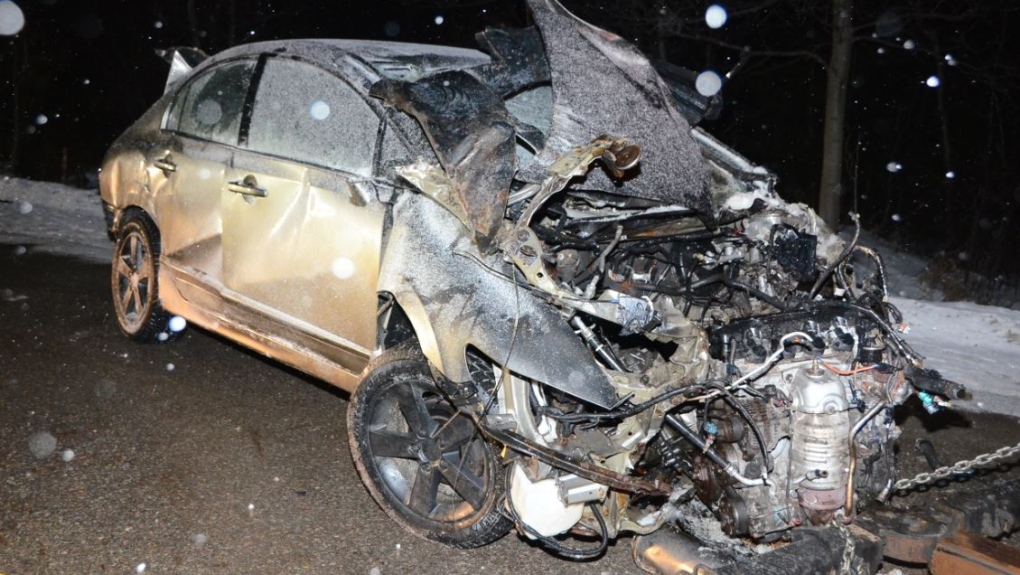 A vehicle is destroyed following a collision with a hydro pole on Caledon East Garafraxa Town Line in Caledon, Ont., on Sun., Jan. 17, 2021 (Supplied)

BARRIE, ONT. -- Provincial police say a 22-year-old man is "lucky to be alive" after crashing into a hydro pole, destroying the vehicle.

Police charged the Caledon man with impaired driving following the collision near Orangeville that left him with minor injuries.

The vehicle was damaged beyond recognition, with twisted metal and an exposed front end.

The accused is scheduled to appear in court at a later date.