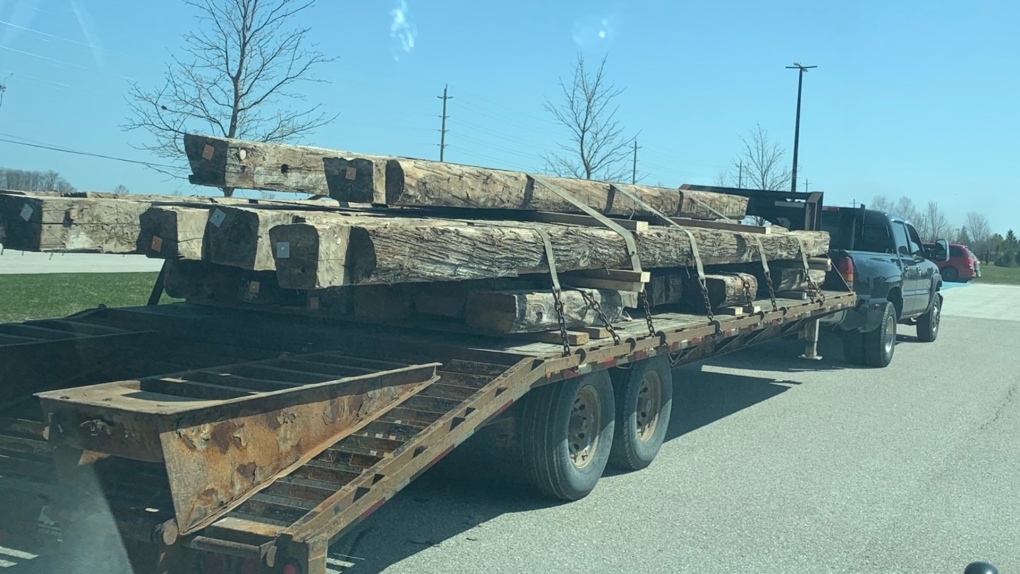 A truck lugging a trailer with lumber is pulled over by the Huronia West OPP for multiple infraction in Clearview Township, Ont. on April 8, 2021 (Supplied)

According to police, the open trailer lacked turn signals and brakes, and the load was insecure.

Police seized the licence plates from the truck and trailer and charged the driver with numerous offences.