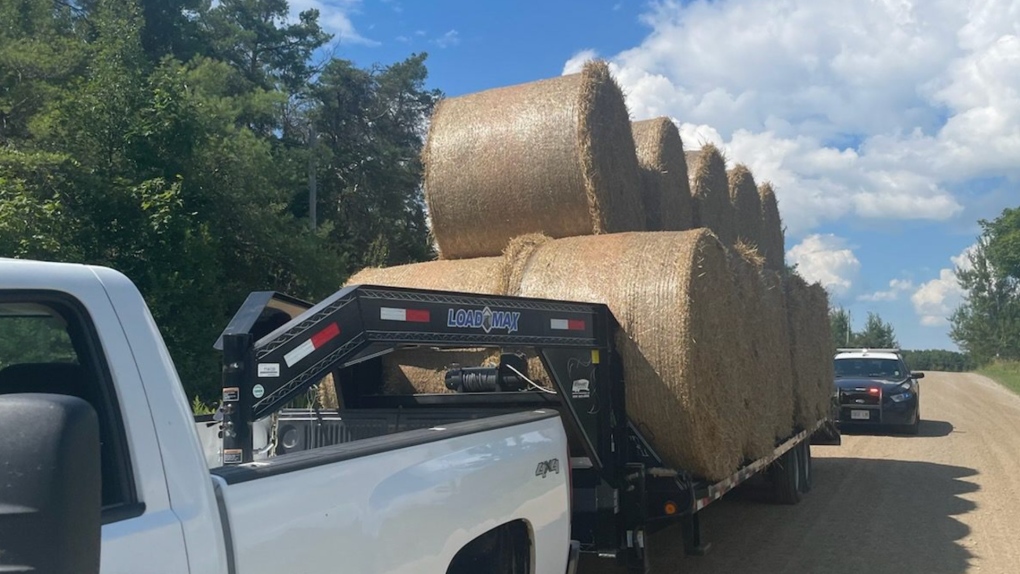 A driver near Orangeville had to leave his truck and walk home after police said he was stopped for towing an unsafe load.

"Dufferin OPP stopped this driver in Amaranth Township for carrying 17 bales of straw with one strap," OPP tweeted about the incident.

Police say the truck carrying the bales was travelling along Highway 89 when police pulled it over Tuesday afternoon.

"Driver also had an invalid driver's licence and could not produce any documents," police noted.

The 24-year-old driver was charged with driving without a licence, having an insecure load, and failing to surrender his insurance card.

"Friends secured the load and drove it back to the farm while the driver walked home," OPP concluded.