Peter Tusak and his dog, Charlie, made it out of a burning house safely after a passerby alerted the 57-year-old to a fire on his front porch at about 5:30 a.m. Friday. 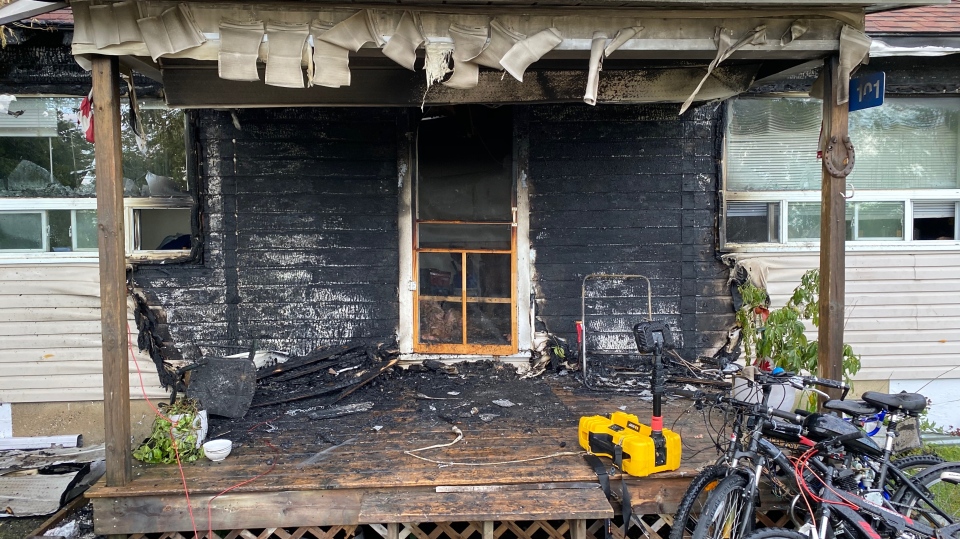 But fire crews had to stop him from rushing back into the burning house. Then, according to the Ontario Provincial Police, Tusak told officers his dog was trained to attack when it got loose from his hold.

"He went around off the deck and went after the officers, and the cop pulled a gun and shot him," Tusak said.

Neighbours took the dog, believed to be a German Shepherd mix, to a veterinarian in Newmarket. The animal is listed in stable condition.

Tusak, meanwhile, was arrested and charged with uttering threats, assaulting a peace officer with a weapon and mischief.

"This is all craziness," he said. "I get arrested, and my dog gets shot." 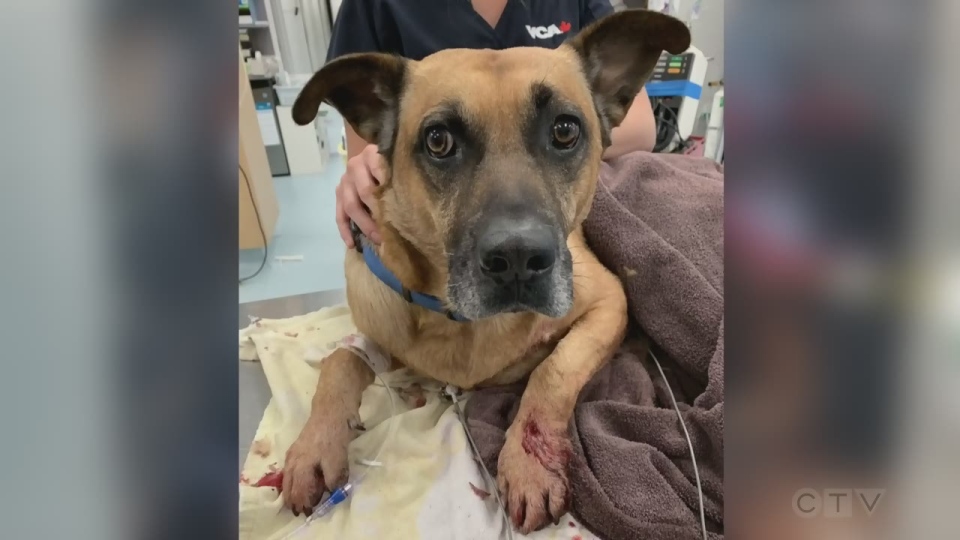 Tusak said he believes the fire was set intentionally, but firefighters say smouldering smoking materials near the front porch sparked the fire and deemed it accidental.

"This is just a tragic event, to be honest," said Jennifer Rose, who witnessed the incident. "[It] could have been handled differently. The dog was just afraid of what was going on with his house burning and his owner being upset as he was."

Neighbours have now set up a GoFundMe campaign to help Tusak pay for his dog's vet bill.