Dispute over Christmas display has one couple feeling 'Scrooged'

LAGOON CITY, ONT. -- The spirit of Christmas isn't so alive and well at a condo property in Lagoon City, where one couple has been told to remove their decorations immediately.

Diane Beaumont said the large inflatable decorations should be allowed to stay on her property, regardless of what the condo management company says.

"It's a temporary Christmas display," Beaumont said. "It's only up for 30 days."

Beaumont and Ken Marshall said they have been putting up Christmas displays for the past four years.

The couple admitted previous year's decorations were smaller and in a different location on the property. Still, they feel they're getting Scrooged.

The management company of the condo building, MCRS, sent an email to the couple stating that the issue is with the inflatables, which could "become dislodged, thereby posing certain risks to others on the property in a windstorm." 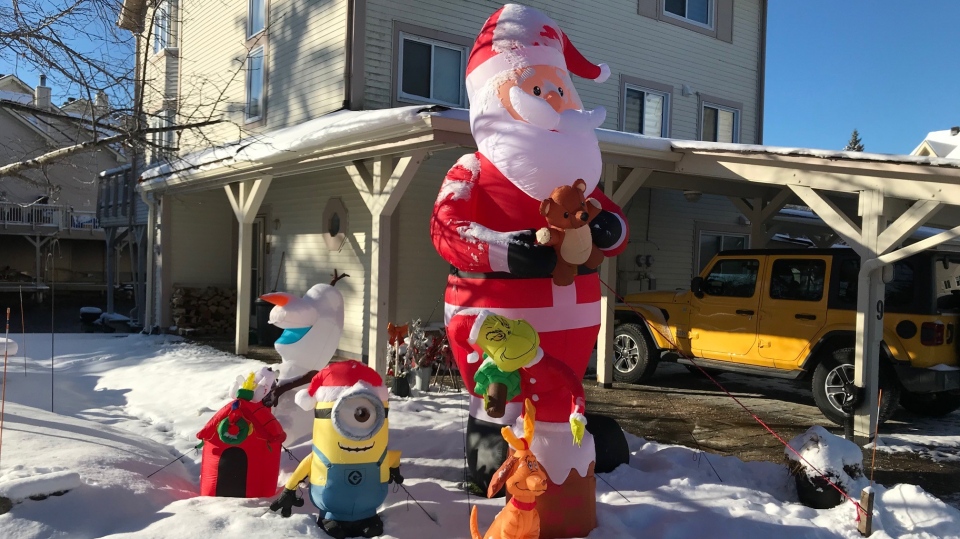 The topic has become the talk of the small town. Even the mayor has something to say about it.

"It's Christmas. This is a very unusual year. The snowbirds are here. People's tensions are high. They've been coupled up in their homes. They can't celebrate Christmas the way they want. But we've got to have a little Christmas spirit," said Mayor Mario Clarke.

Marshall and Beaumont have been given until 8 p.m. Wednesday to take down their decorations. If they don't, the email from MCRS said the couple would be responsible for covering the costs of having the display removed.