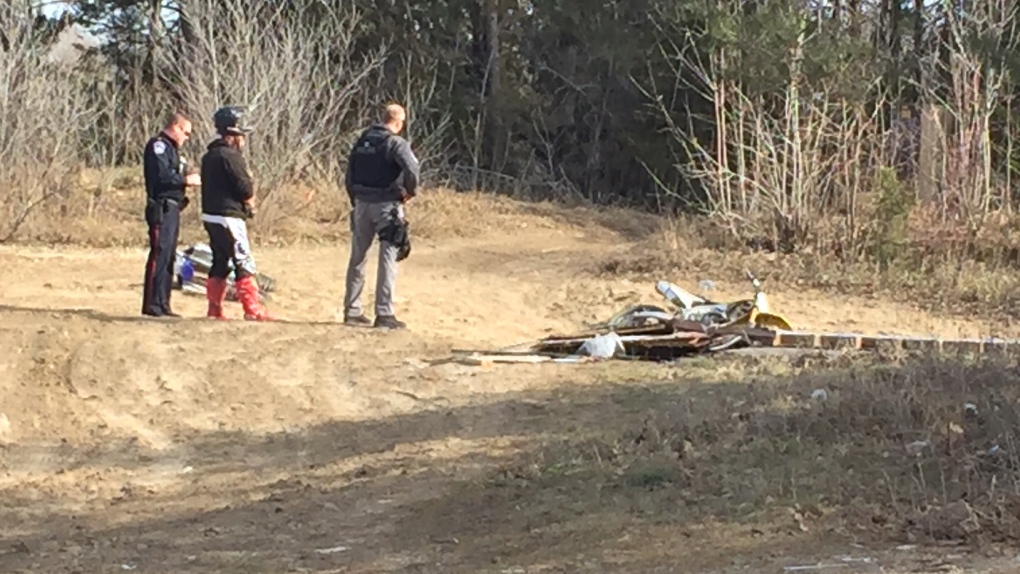 BARRIE -- One man is recovering in hospital after a dirt bike crash in Barrie’s south end.

An officer with Barrie Police says three dirt-bikers were racing on private property off of Bryne Drive when the crash occurred this afternoon.

Police say one man hit a jump and became airborne and landed on top of another rider.

The man has non-life threatening injuries.

Police say that charges won’t be laid because the crash happened on private property.