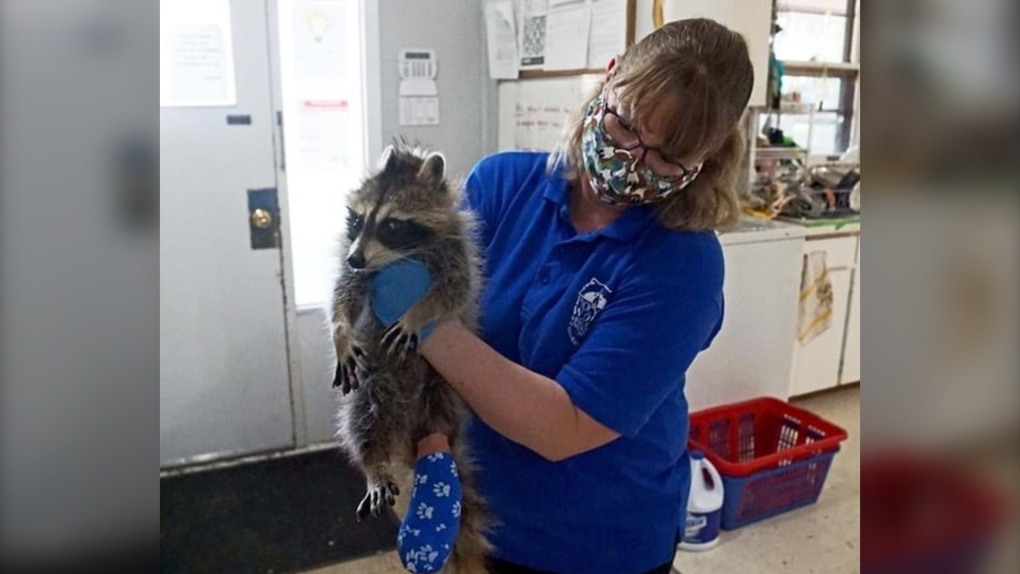 A raccoon that was seriously injured after becoming trapped in an illegal snare in Georgina, Ont., undergoes surgery. (Procyon Wildlife Centre)

BARRIE, ONT. -- A raccoon that was seriously injured after becoming trapped in an illegal snare in Georgina has lost its leg.

Volunteers with the Procyon Wildlife Rehabilitation Centre said the desperate animal had chewed off part of its foot after getting caught in the trap.

The Beeton centre's medical staff said the copper wire from the snare went right through to the bone, further forcing them to amputate his hind leg.

Even so, they said the raccoon would make a full recovery and be released back into the wild.

The raccoon has been aptly named Captain Lucky after his experience.

The centre operates on the community's generosity and would appreciate any donations towards the surgery and rehabilitation of the raccoon.