Cyclist hit by truck in plaza parking lot in Barrie 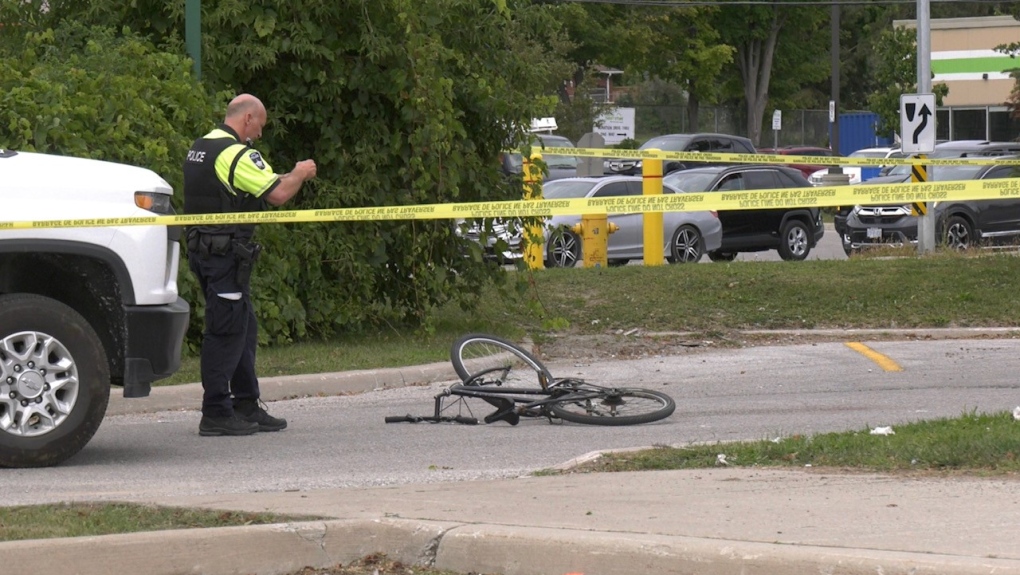 Barrie police tape off an area in a parking lot after a cyclist was struck by a vehicle on Thurs., Sept. 2, 2021 (Dave Erskine/CTV News)
Barrie, Ont. -

A man riding his bike was taken to the hospital after being struck in a plaza parking lot in Barrie on Thursday afternoon.

According to Simcoe County paramedics, the cyclist, believed to be in his 50s, was taken to a local hospital with non-life-threatening injuries.

Police say he was hit by a commercial pickup truck at a plaza at the corner of Yonge Street and Big Bay Point Road.

Police were at the scene investigating the incident.