Repairs are underway at the Copeland Forest in Simcoe County after a washout destroyed a popular trail in late April.

Heavy equipment and crews have been working for weeks, regrading and stabilizing the area.

Dan Thompson, district manager for Midhurst, said he believes they may have a possible explanation for how it happened.

"Our speculation is one or all of the culverts became blocked, and as such, the water began to back up and then eventually overtopped this particular trail causing the washout."

Thompson said the focus is on fixing the issue for the future, so both the habitat and fish would have stability.

"They put things in like straw bail check dams, etcetera, to control the amount of sediment that was going downstream." 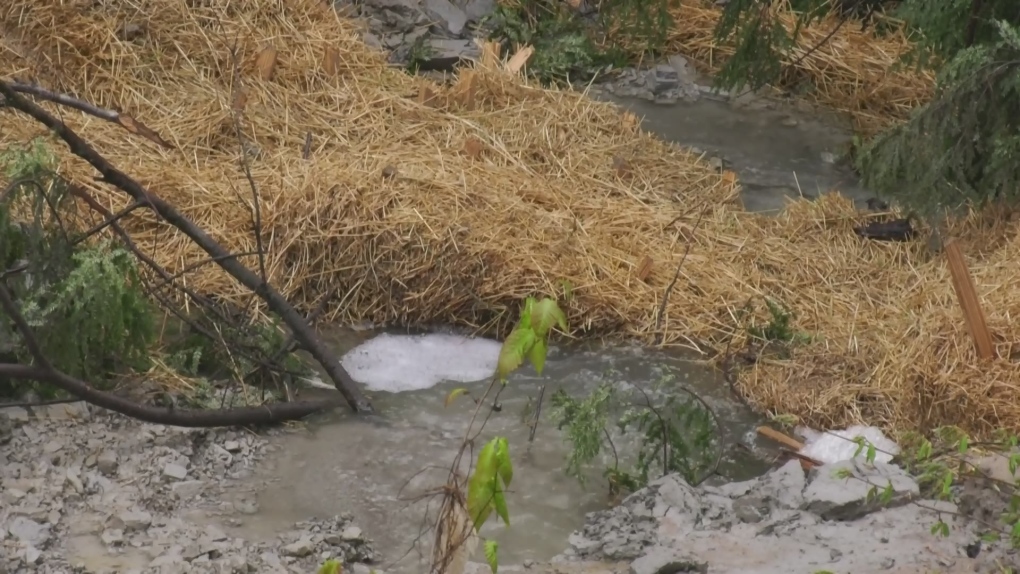 Crews use straw bail check dams to control the amount of sediment that was going downstream on a trail in Copeland Forest in Midhurst, Ont. (Kraig Krause/CTV News)

Frank Somerville likes to hike the trail. "They've done repair work to it, and you can get to the other side, so it's sort of fixed up."

There is still quite a bit of work to be done.

The district said it is working with a contractor to build a long-term solution in the hopes future washouts can be avoided.

A fire ripped through a packed church during morning services in Egypt's capital on Sunday, killing at least 41 worshippers and injuring 14.