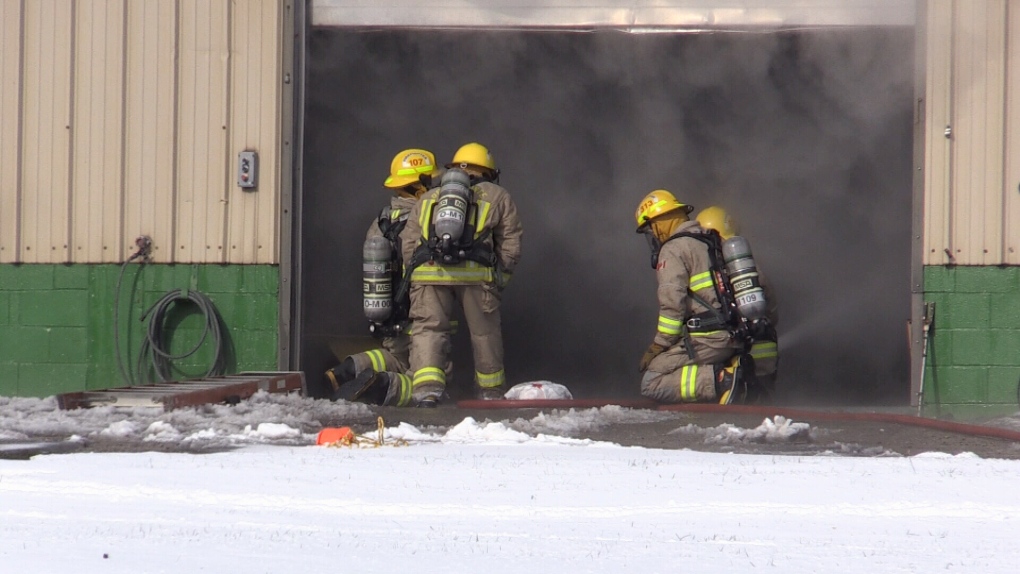 Heavy smoke and flames from a building distracted drivers along Highway 11 south of Line 5 in Oro-Medonte on Wednesday morning, prompting several calls to 911.

The blaze broke out shortly before 10 a.m. and was so intense the rear wall of the metal structure collapsed.

Crews shuttled in water from a nearby hockey arena to gain control of the fire. 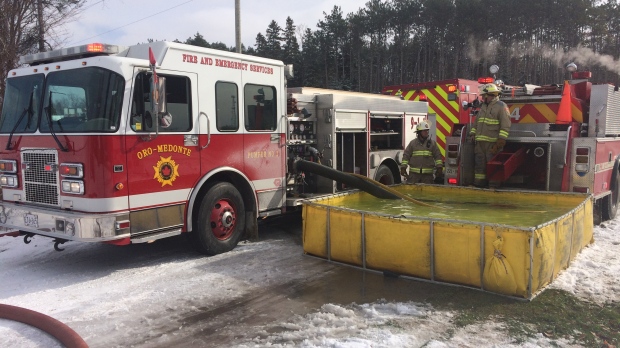 No one was inside at the time. Officials say it's too early to determine a cause.

Crews are shuttling in water from nearby hockey arena. Deputy chief says the rear wall has collapsed and there are several items inside the metal structure fuelling the fire. No injuries @CTVBarrieNews pic.twitter.com/fZ2CQsX6CD