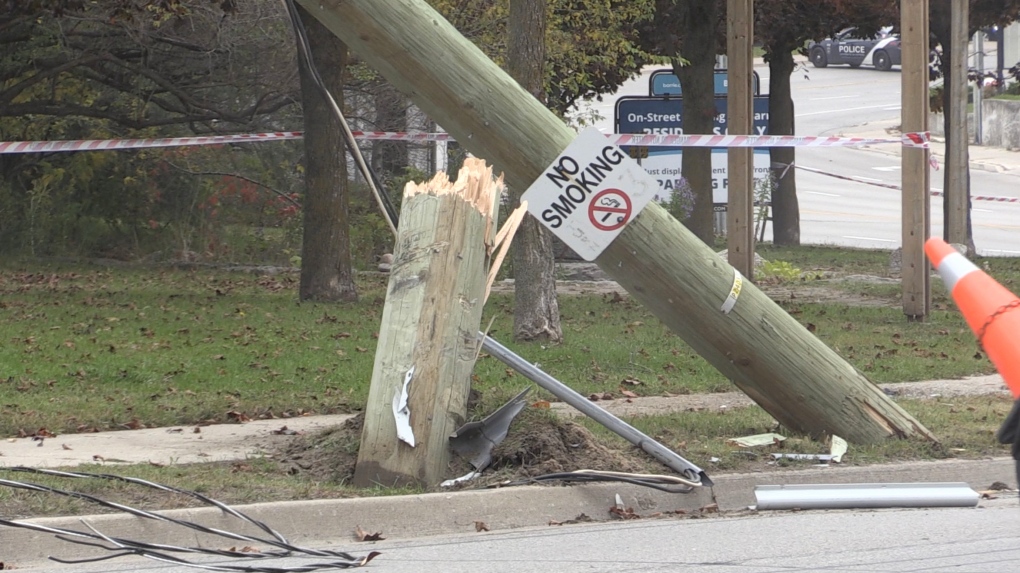 A damaged hydro pole after a crash on Bradford Street in Barrie, Ont. on Monday October 12, 2020 (Siobhan Morris/CTV News)

BARRIE, ONT. -- A crash has knocked out power to some Barrie residents and closed a stretch of Bradford Street.

According to people living close to the scene, a black sedan crashed into a hydro pole near the sewage treatment plant at around 1 p.m. Monday.

The crash's impact tore power lines off a house across the street and split the base of a wooden hydro pole.

Alectra Utilities says fewer than 20 customers are without power because of the crash. Bradford Street is closed between Brock and Tiffin Streets to allow for repairs. It's not clear how long those repairs might take.

The cause of the crash remains under investigation. Police will not say if speed played a role in the collision near a bend in the road.

It does not appear that anyone was badly hurt.