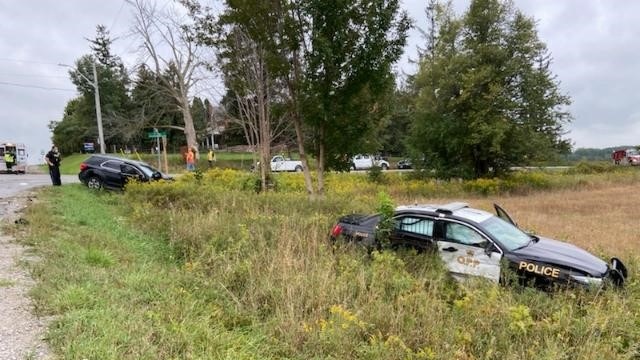 The Special Investigations Unit (SIU) is investigating a collision involving a police cruiser and an SUV in New Tecumseth that sent three people, including an officer, to the hospital.

Nottawasaga OPP says the three individuals went to the hospital "as a precaution" following the crash on Sideroad 15 and 7th Line Tuesday.

According to provincial police, "the cruiser was struck at the intersection."

The collision sent the cruiser off the road and into a field with its airbags deployed.

The condition of the driver, passenger and OPP officer is unknown.

OPP says the SIU was notified of the crash and invoked its mandate.

"As a result, the OPP will not be able to provide further information."

The SIU is a civilian law enforcement agency, independent of the police, that investigates circumstances involving police and civilians that have resulted in death, serious injury, sexual assault and/or the discharge of a firearm at a person.