Crash involving dump truck in Springwater sends one to hospital 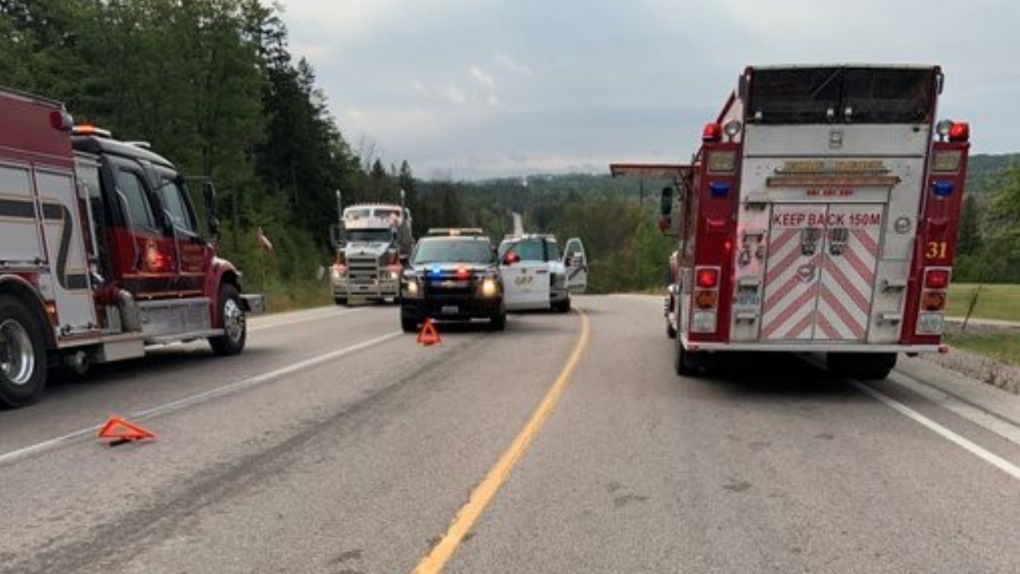 Simcoe County paramedics took one person to the hospital after a crash in Springwater.

The collision involving an SUV and dump truck happened on Wilson Drive between Highway 26 and Snow Valley Road on Tuesday morning just before nine.

Police say a passenger in the SUV was initially treated at a local hospital. They say he was later rushed to a Toronto area hospital with serious injuries.

Police closed the area to motorists while specialists tried to determine what caused the crash.

The area has since reopened.

The investigation is ongoing. Anyone with information or who may have been travelling in the area at the time and has dash cam footage is asked to contact Huronia West OPP.

Vaccine mandate protesters' use of Nazi imagery and comparisons to the Holocaust is angering Jewish organizations.

A question at the English-language federal leaders' debate last week has become a major issue in Quebec, boosting the Bloc Quebecois in the polls and drawing criticism from Quebec politicians, federal party leaders and the province's media.

With less then a week until election day, former U.S. president Barack Obama has waded into the fray to bolster the campaign of Liberal Leader Justin Trudeau.