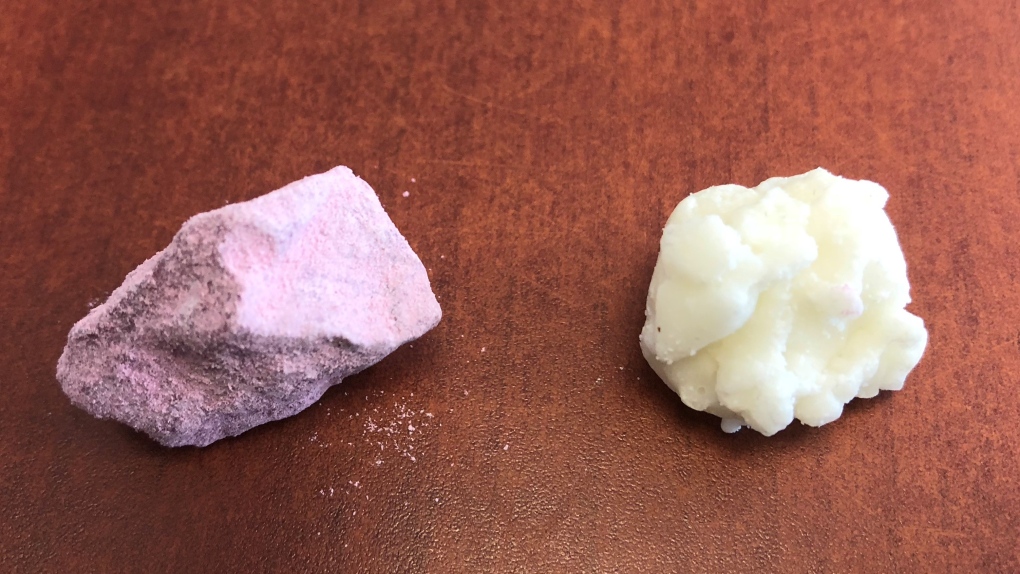 The OPP alleges it seized crack cocaine, cocaine and fentanyl during a vehicle search in Clearview Township on Fri., Feb. 19, 2021 (Supplied)

BARRIE, ONT. -- The OPP arrested six people as part of an ongoing investigation into drug-related activity in North Simcoe.

Police say they seized crack cocaine and fentanyl after stopping a suspect vehicle on Fairgrounds Road in Clearview Township.

Three Penetanguishene residents and a 30-year-old man of no fixed address were charged and released with a future court date.

A Tay Township resident and a 36-year-old man of no fixed address were remanded into custody with a future bail hearing.

Police said they also seized cocaine, methamphetamine, a knife, cash and drug paraphernalia from the vehicle.