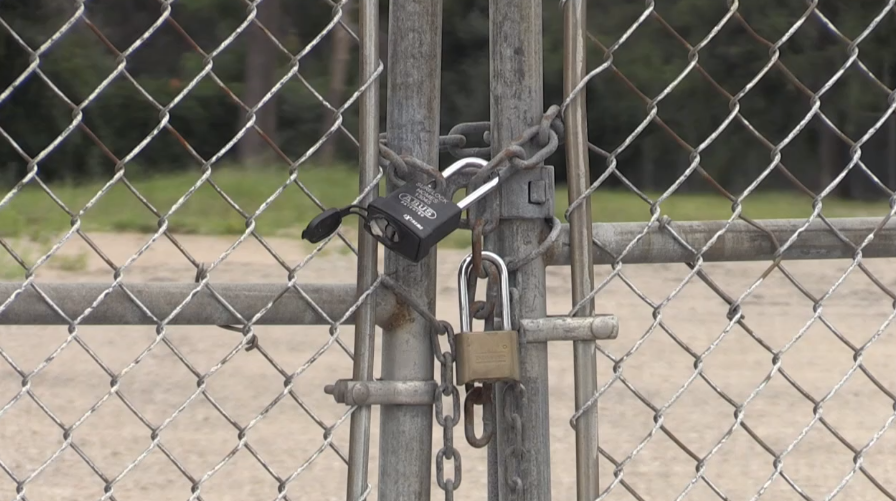 The new shelter will be built over top of where a demolished OPP detachment once stood (CTV News).

The County of Simcoe will move ahead with its plan to create a temporary homeless shelter.

On Tuesday, the county confirmed to CTV News that 20 Rose Street in Barrie will become home to the future building, which, once completed, would offer nearly 50 beds for the city's homeless.

The county purchased the land, formerly the site of a demolished OPP detachment, several years ago.

The county added that while the land was initially purchased to build supportive housing in the coming years when the motel housing program ended in July of 2022, the need to implement a space quickly was necessary.

The plans will now focus on a temporary homeless shelter on one part of the land with a second property expected to be built in the future.

"We have managed to come up with that plan and that means 76 percent of those folks who will take advantage of the programs will have access to a housed space," said George Cornell, Warden for the County of Simcoe.

As for the project's timeline, the county said it plans to start construction as soon as possible with an estimated completion date of this November, a timeline it said is necessary to ensure the city's homeless are kept out of the cold by the winter.

"Staff recognized that by no means are we done and we need to continue working to support this vulnerable population and we will make sure we have adequate accommodations for the city's homeless," said Cornell.