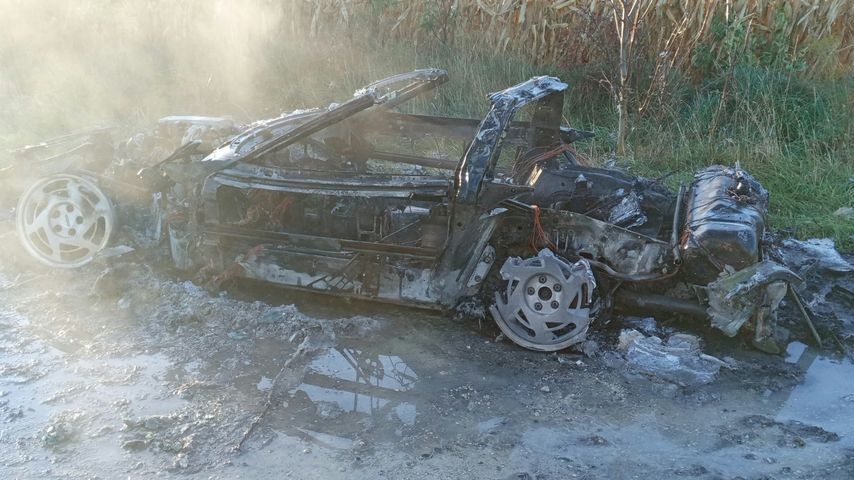 The remnants of a burned-out Corvette in Clearview Township, Ont. on Sunday October 11, 2020 (Trevis Fenwick)

Police found the car engulfed in flames on a dead-end road at around 7:30 a.m.

Const. Gilles Doiron tells CTV News officers at the scene found a jerry can cap and corn stalks that appeared to have been soaked with gasoline.

Investigators are asking for help to determine who may be responsible for the fire.