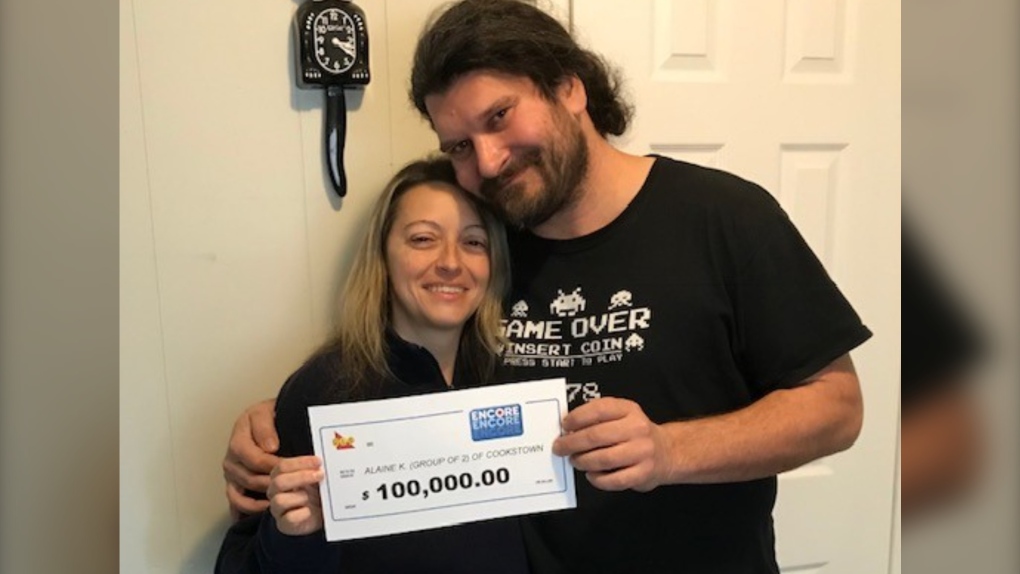 Alaine Karry and Kyriakos Sartzetakis matched the last six of seven Encore numbers in the exact order to win in the Feb. 3 draw.

Karry said she realized they had won when she checked her ticket using the OLG Lottery app. "I went to tell my husband, who was sleeping. I had to stop myself from jumping on the bed screaming, 'We won!'"

The pair haven't made any plans on how to spend it yet, saying that they will "tuck it aside for now."

The night before the draw, Sartzetakis said he had a good feeling and purchased the winning ticket at Charlie Brown's Variety on King Street in Cookstown.

The duo also won an extra $2 with Encore.