Crews with the construction contractor, Condrain Group, arrived Thursday to document the damage at the site of a deadly single-vehicle car crash in Barrie, Ont. as the search for answers plagues the victim's loved ones.

The construction zone along McKay Road is now fenced and barricaded where it's believed the vehicle carrying six young adults crashed into a large concrete pit in the road.

The question remains to what extent, if at all, the hole and surrounding area between Veterans Drive and County Road 27 were blocked.

Friends said the group of six were heading to the casino in Innisfil but they lost contact with them around 6 a.m. Saturday. Police issued a missing persons report later that evening and discovered the crash scene Sunday at 2 a.m.

Among the flowers and mementos placed at a memorial near the crash site is a father's message to the daughter he will never see again.

It reads, "Dad loves you so much Jersey. You will always be my heart, my soul, my girl. You are me. Nothing will ever be the same." 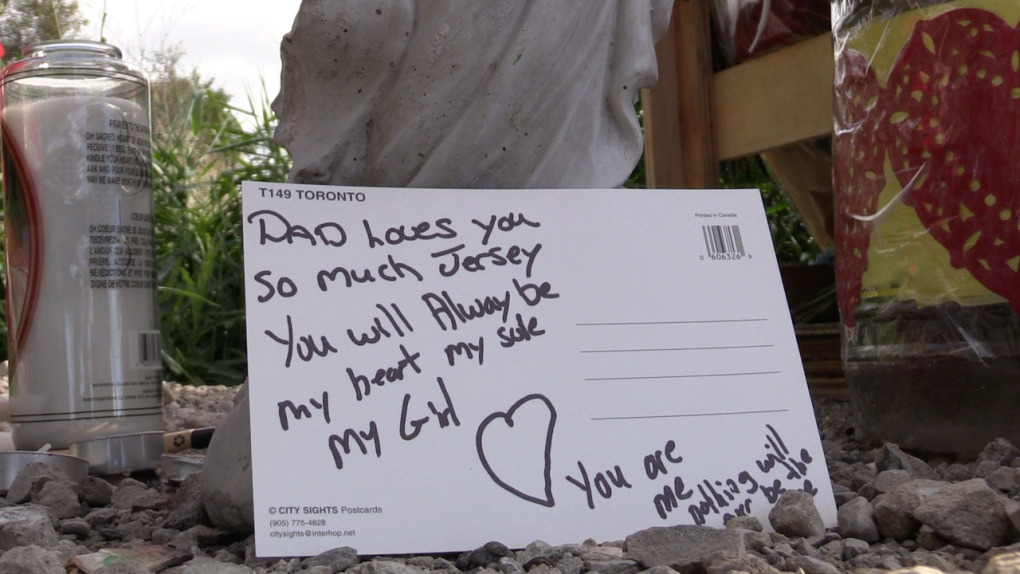 A father's message to his daughter is positioned at a memorial near a crash site in Barrie, Ont. (CTV News/Mike Arsalides)

As the families strive for an explanation, crews continue to investigate the conditions and circumstances leading up to the crash at the construction site in the city's south end.

The Winnipeg Police Service believes the remains of two victims of an alleged serial killer are in a landfill north of the city, but say the recovery of their bodies is likely impossible.

Democratic Sen. Raphael Warnock defeated Republican challenger Herschel Walker in a Georgia runoff election Tuesday, ensuring Democrats an outright majority in the Senate for the rest of President Joe Biden’s term and helping cap an underwhelming midterm cycle for the GOP in the last major vote of the year.