WASAGA BEACH, ONT. -- A little girl in Wasaga Beach dreams of doing something most other people do without even thinking about it.

She wants to stand.

Chloe Fraser was born with a rare C2 spinal cord injury that left her wheelchair-bound, but her mom, Carol, decided Chloe deserved more.

The seven-year-old was fitted for a $47,000 special power chair Thursday that will help her to finally stand up. 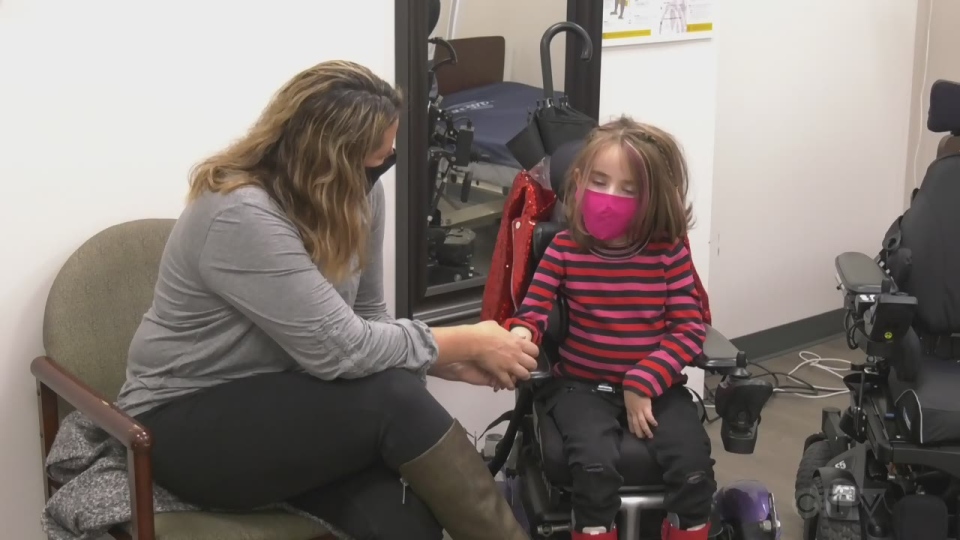 Carol says she hopes it will help her daughter develop muscles in her core and legs to allow her to walk someday.

The new chair isn't covered by government or private insurance, so Frasers have been saving for the past two years and even collected bottles to raise money. 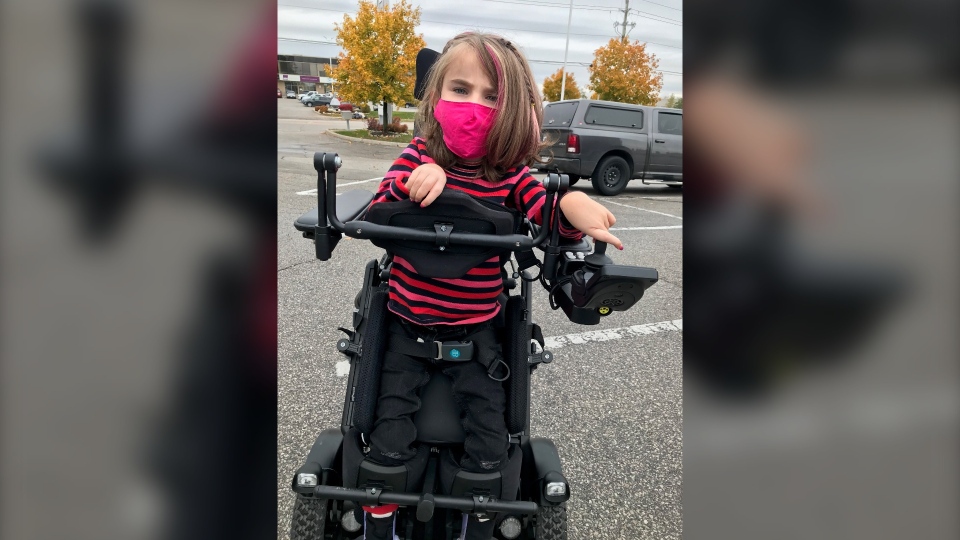 When Deb Marchant of Smiles Per Hour Inc., an automotive repair shop in Midland, heard about Chloe, she decided to hold a fundraiser, collecting batteries for the family.

"We have a drop-off spot in Midland, and it's just gone overboard. It's overwhelming," Marchant hopes to collect $5,000.

Carol says the community's support has been incredible.

"For us to get this chair for Chloe means it is going to change her life, really, and show her so much about life and the world and the community that she lives in and how great it is," Carol says. 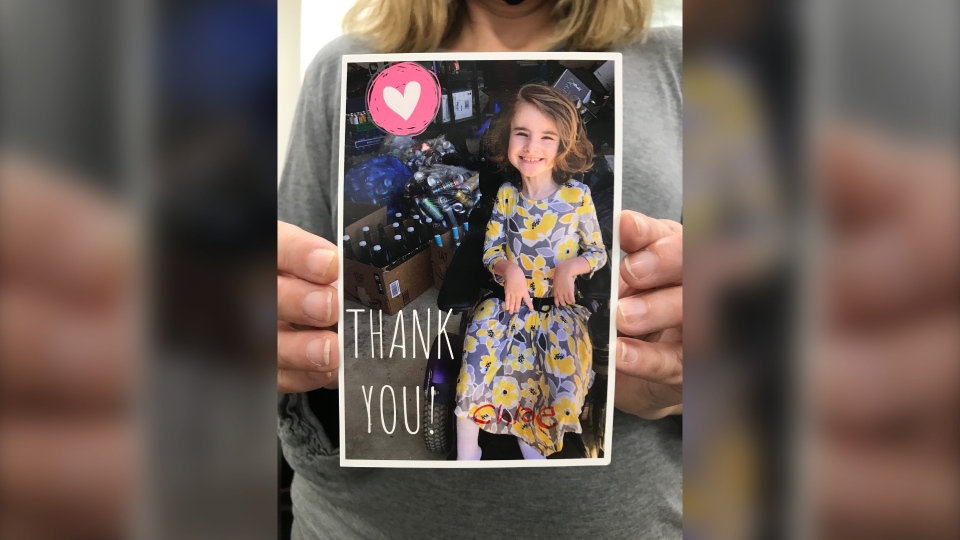 Smiles Per Hour will continue to collect batteries, including household batteries, vehicles, power tools, marine, etc., until Nov. 9 at their shop on Highway 93 in Midland.

The family is also accepting donations through a GoFundMe Campaign.

Meanwhile, Chloe says she plans to start a YouTube channel to give updates on how her new chair is working, called Chloe Fraser Wonderbox.

With files from CTV's Rob Cooper