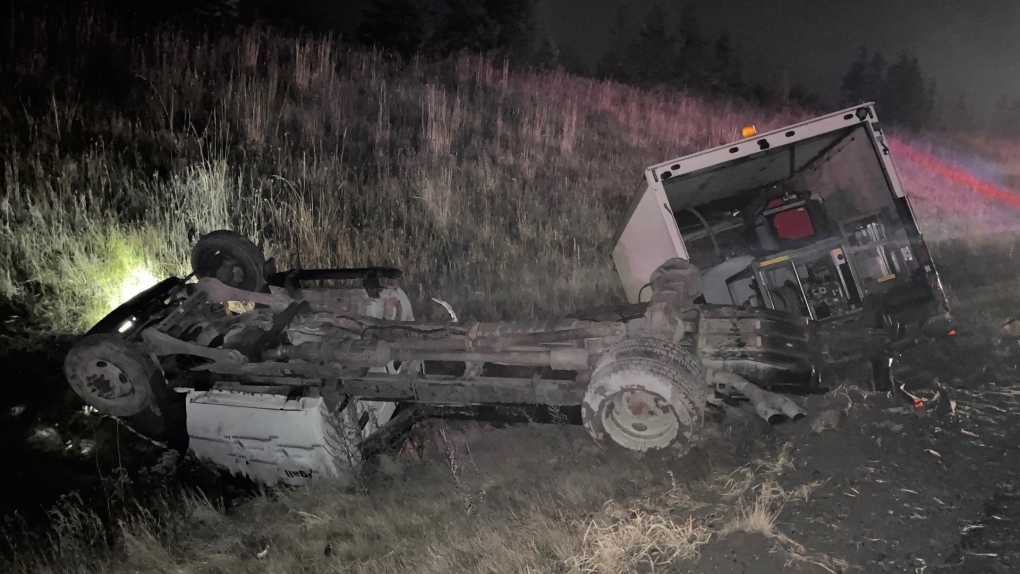 A driver on Highway 400 in Bradford escaped with only minor injuries after a commercial truck's wheel separated, causing the vehicle to roll over and crash.

The truck sustained extensive damage in the crash, and the wheel was later found in the woods.

The incident did not result in a full highway closure.

Police say it serves as a reminder to ensure wheel lug nuts are tightened to prevent such incidents.