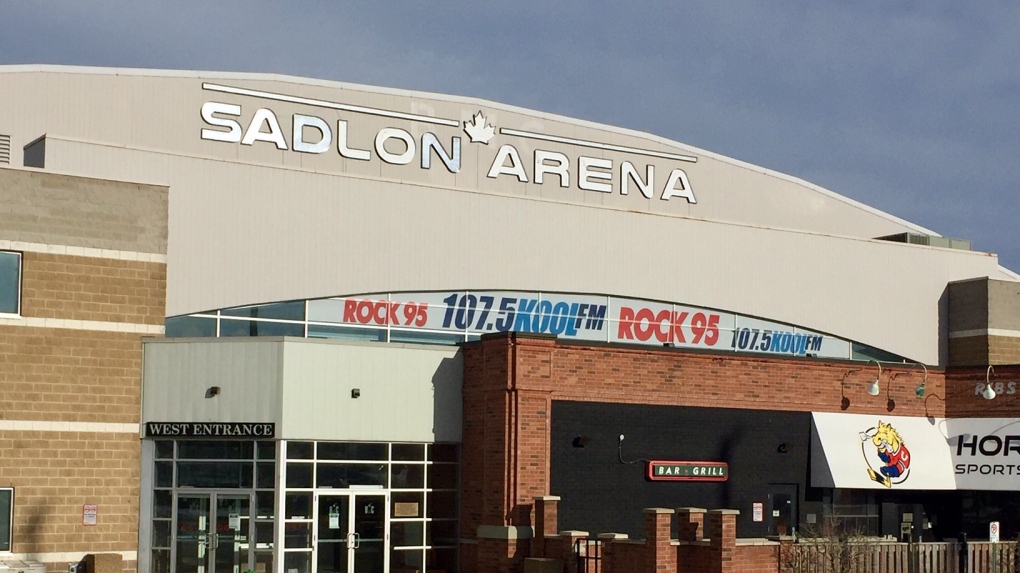 The home of the OHL's Barrie Colts is showing off its new name after the lettering was installed on Thursday, March 4, 2021 (Steve Mansbridge/CTV News)

BARRIE -- It's been more than a year since Barrie city council approved the Barrie Molson Centre to be renamed the Sadlon Arena, but now, the home of the OHL's Barrie Colts is starting to actually look the part.

Formerly known as the B.M.C., on Thursday, crews installed the arena's new name in silver lettering, along with a small maple leaf placed on the building's left side, which can be seen from the corner of Bayview Drive and Mapleview Drive.

Council approved the 10-year naming rights agreement in November 2019, with a deal worth more than $1.7 million.