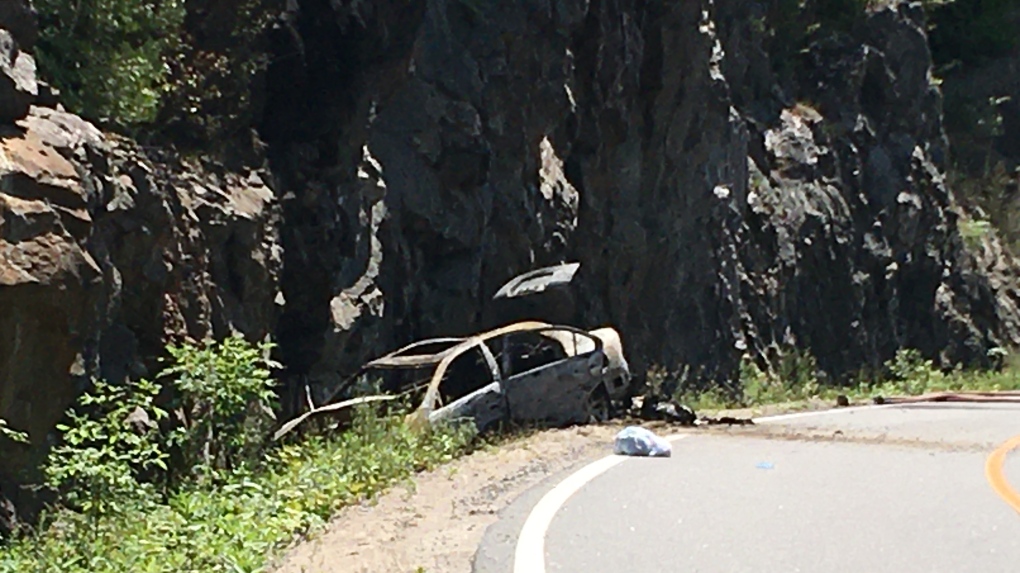 BARRIE, ONT. -- Traffic was backed up for hours while police investigated a collision on White's Falls Road in Georgian Bay Township.

Police said a car crashed into the rockface along the winding road just after the noon hour on Friday near Six Mile Channel Road.

Police said all four people in the vehicle had minor injuries, but that the OPP K9 unit had to be called to help locate two of the occupants who allegedly took off after the collision.

Police are continuing to investigate what caused the crash.