Collision in Barrie Sunday morning sends one man to hospital 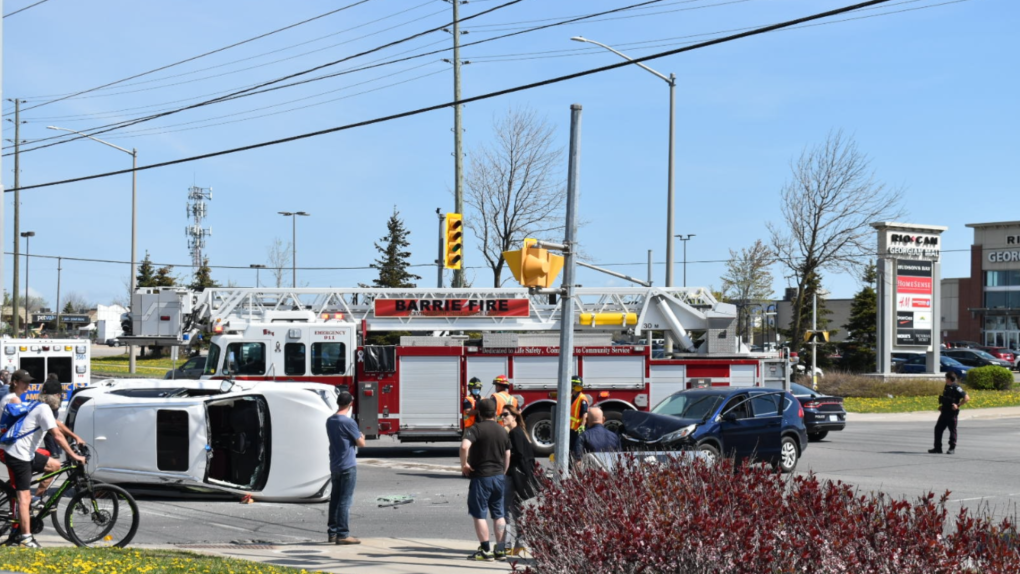 A vehicle rests on its side after a collision in Barrie, Ont., on Bayfield Street on Sun., May 15, 2022 (Photo Courtesy: Michael Chorney)

One person was taken to the hospital after a collision in Barrie's north end caused a vehicle to roll.

They say an SUV travelling along Bayfield Street collided with another SUV as it attempted to turn left into a plaza.

The collision caused the vehicle to roll onto its side.

Emergency crews arrived at the scene quickly and extricated the driver.

They say charges are pending, likely a turn violation.

No one else was reportedly injured.