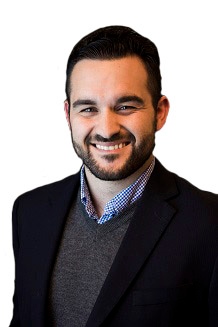 The Brampton, Ont. native traveled to Dawson Creek, B.C. to get his career started in television news.

He describes himself as hard working and is always willing to dig deeper on the stories that matter most.

Prior to his role at CJDC-TV, D'Avino worked as a radio reporter for 980 CFPL in London, Ont. There, he also produced several talk shows and London Knights broadcasts.

When he's not reporting, D'Avino's weekends are typically spent watching his favourite sports teams or jamming out on his guitar.

D'Avino graduated from Fanshawe College with a diploma in broadcast journalism and graduate certificate in television news.

During his second year at the school, he was a recipient of the Bell Media News Writer of the Year and Dana Lewis Frontline journalism awards.

D'Avino is fluent in English.

No watches or warnings in effect.
4 °C