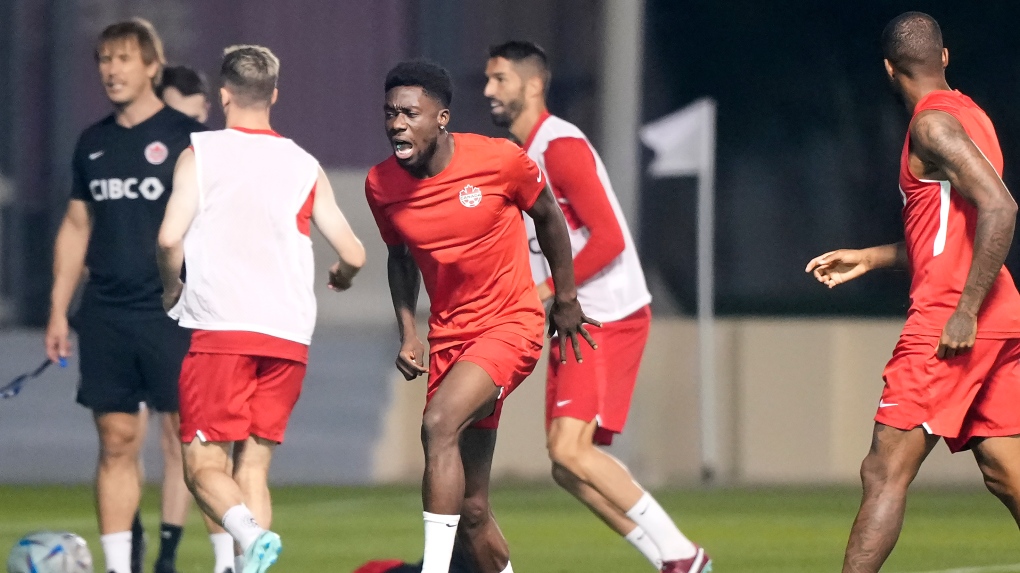 Canada star Alphonso Davies, centre, grimaces during a warmup drill at the World Cup in Doha, Qatar during on Monday, November 21, 2022. Davies, who is coming back from a hamstring strain, returned to the warmup. THE CANADIAN PRESS/Nathan Denette

Now that the Grey Cup is over, it's perfectly acceptable to cheer on the Canadian men's football team in Qatar.

To that end, everyone is welcome to Barrie city hall to cheer on Canada in the World Cup today at 2 p.m. when the team takes on Belgium.

The game will be shown on a large television in the city hall's rotunda.

"This is only the second time Canada's men's team has made the World Cup, so it is an exciting moment in our history," said Mayor Alex Nuttall.

"There's nothing that unites us more as a community than sharing our national love for the greatest country in the world, Canada. Let's come together and cheer on Team Canada."

The last time Canada's national men's team qualified for the World Cup was in 1986.

Barrie City Hall is located at 70 Collier Street in Barrie.