Car reported stolen turns up in field consumed by fire 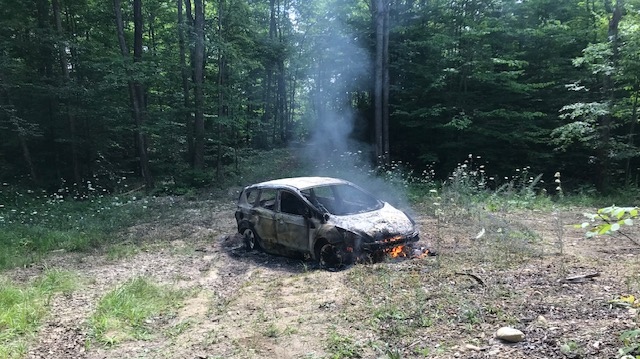 Police are looking for information after they say a car was stolen and set on fire.

Officers say a Ford Escape was reported stolen from a house around 5:30 in the morning on Tuesday on Concession 2 in West Grey.

Police later found a vehicle fully consumed by fire in a field on the south side of Concession 6, east of Sideroad 40 in Glenelg.

Firefighters extinguished the blaze and confirmed it was the allegedly stolen vehicle.

Police are investigating the incident and are asking anyone with information to contact West Grey Police Services.