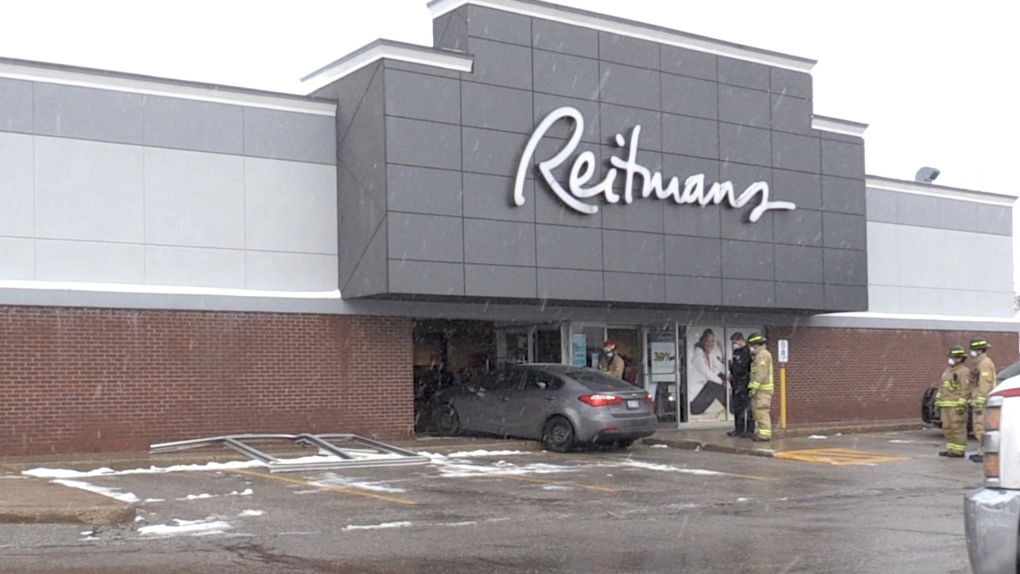 Emergency crews tend to a woman after she crashed her vehicle into a store in Barrie, Ont., on Tues., Nov. 30, 2021 (Siobhan/Morris/CTV News)
Barrie,Ont. -

A senior crashed her car into a Barrie store in the city's north end on Tuesday.

Police say a woman and her daughter were driving when she slammed into the Reitmans storefront, causing significant damage.

The car has a few scrapes to the hood, but the store's windowfront and interior sustained damage.

The fire department and police responded to the crash.

Police say there were no apparent injuries.

Officers are investigating what caused the collision.